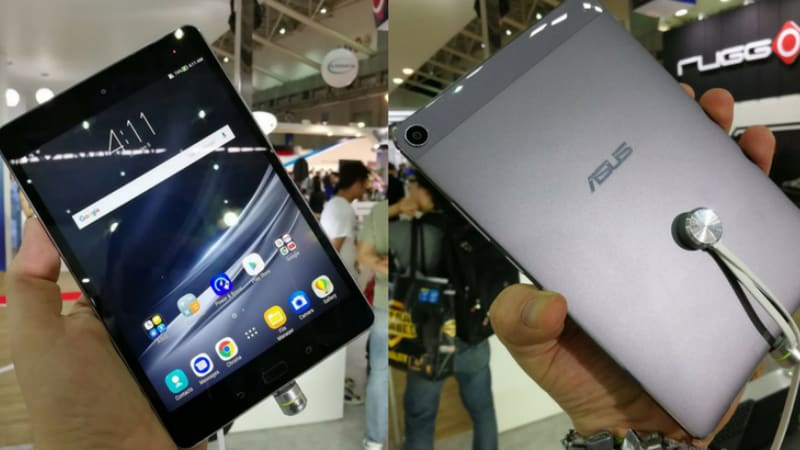 Asus has launched super-thin laptops at Computex 2017, and alongside it has even unveiled three new tablets. While the entire world is questioning the existence of tablets in the current market scenario, Asus seems to think there is still potential. At Taipei, Asus has launched the new ZenPad 3S 8.0, and two new ZenPad 10 tablet variants named Z301MFL and Z301ML.

Starting with the successor of the ZenPad 3 8.0, the tablet has got a spec and software boost. While the company remained secretive on the specs and pricing, WinFuture's Roland Quandt published a few specifications. For starters, the ZenPad 3S 8.0 tablet runs on the latest Android 7.0 Nougat and features a 7.9-inch (2048x1536 pixels) display. It is powered by a Snapdragon 625 SoC paired with 4GB of RAM. The tablet offers 32GB and 64GB of storage options as well. As for optics, the ZenPad 3S 8.0 tablet sports a 13-megapixel rear camera, and a 5-megapixel front sensor for selfies. Design wise, the tablet features a metal back, capacitive navigation buttons, and a Home Button in the front. There is no word on the pricing or availability as of now.

Coming to the two ZenPad 10 variants, they both sport the same design, and most of the specs are similar on paper too. The more premium Z301MFL variant runs on Android 7.0 Nougat and sports a 10.1-inch (1920x1200 pixels) display. It is powered by a 1.4GHz MediaTek MT8735A quad-core processor paired with Mali-T720MP2 GPU. The tablet will be offered in various bundles – 2GB RAM/16GB of storage, 3GB RAM/32GB of storage, and 3GB RAM/64GB of storage.

As for optics, there’s a 5-megapixel rear camera and a 2-megapixel sensor in the front. The ZenPad 10 Z301MFL packs an 18Wh non-removable battery, and connectivity options include 4G, USB Type-C port, 3.5mm audio jack, and a microSD card slot. The dimensions measure at 251.77x172.17x8.95mm, and the tablet weighs 490 grams. It will be made available in Royal Blue, Pearl White, and Quartz Grey colour variants, and will be launched with accessories like a Bluetooth keyboard dock.

Coming to the ZenPad 10 Z301ML, the specifications of the tablet are almost the same, except for a few differences. Mainly, the resolution is at 1280x800 pixels, and it is powered by a 1.3GHz MT8735W quad-core processor. Again, Asus has not unveiled the pricing and availability of both the tablets, but it may do so soon.