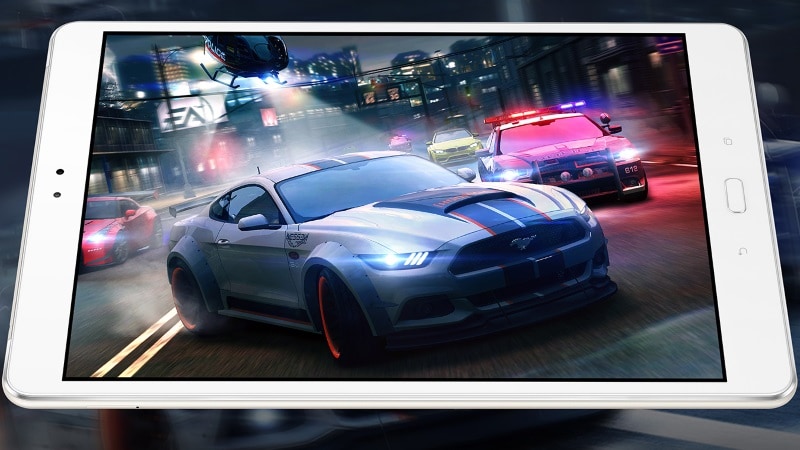 Asus at its pre-IFA 2016 Zenvolution event in Berlin on Wednesday launched a new tablet - the ZenPad 3S 10 - as well as a new portable monitor - the ZenScreen. The company had earlier unveiled the ZenWatch 3.

The Asus ZenPad 3S 10 sports a 9.7-inch tablet QXGA (2048x1536 pixels) resolution display with Tru2Life technology. Even though the information about availability of the device has not been provided by the company, the tablet has been priced at EUR 379 (roughly Rs. 28,300). The tablet is powered by a hexa-core MediaTek MT8176 processor coupled with 4GB of RAM. The device comes with a choice of 32GB or 64GB of inbuilt storage, which is expandable via microSD card (up to 128GB).

One of the highlights of the ZenPad 3S 10 (Z500M) is its thickness - it's just 5.8mm thick at its thinnest point, and 7.15mm at its thickest. The tablet comes with a fingerprint scanner on the home button. The tablet sports a 10Whr battery which is rated to deliver up to 10 hours of battery life, and support Quick Charge 3.0. The tablet comes with five-magnet stereo speakers that are capable of handling 7.1 surround sound, the company claims.

Alongside its tablet, the company also launched its portable 15.6-inch monitor ZenScreen (MB16AC). The monitor is just 8mm thick and weighs less than a kilogram. ZenScreen packs a display with a full-HD screen resolution of 1920x1080 pixels. The portable monitor sports a USB Type-C port for both power and video transmission.

ZenScreen has been designed for business professionals to complete their tasks while on-the-go. The monitor comes with a smart case that also works like a stand for the screen. ZenScreen has been priced at EUR 269 (roughly Rs. 20,100).