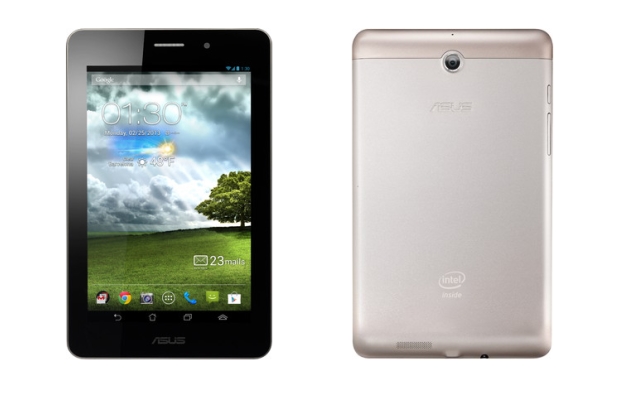 The Asus Fonepad features a 7-inch LED Backlit display with a resolution of 1280x800 pixels and supports up to 10-finger multi-touch. The tablet is powered by a 1.6GHz Intel Atom Z2460 processor with PowerVR SGX540 GPU for graphics coupled with 1GB of RAM. It runs the Android 4.1 Jelly Bean. It comes with 32GB internal storage and is expected to be non-expandable.

Much like the previous version of Fonepad, this one too comes with voice calling support on GSM 900 and 1800 frequency bands. The tablet supports a Micro-SIM card.

The device also sports dual cameras, a 3-megapixel rear camera and a 1.2-megapixel front facing camera. The Asus Fonepad comes with a 4270mAh batter which the company claims, delivers up to 751 hours of standby time and 32 hours of talktime. Connectivity options include Wi-Fi, Bluetooth and 3G.

The original Fonepad was unveiled at a starting price of Rs. 15,999 but featured an under-powered 1.2GHz Intel Atom Z2420 processor and 8GB of internal storage.