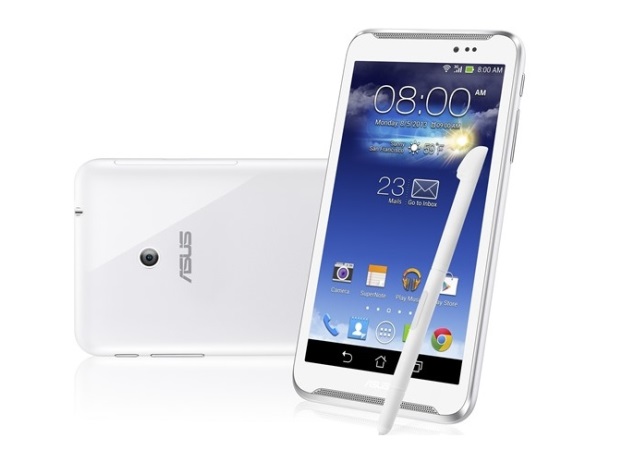 Asus unveiled a slew of new laptops and tablets at the IFA. In addition to these, the Taiwanese giant has also launched the Fonepad Note 6 device that comes with a stylus.

The ASUS Fonepad Note 6 features a 6-inch full-HD Super IPS+ display (1080x1920pixels) with a pixel density of 367ppi. It is powered by an Intel Atom Z2580 dual-core processor with Hyper-Threading technology. The Fonepad Note 6 comes with 2GB of RAM with two storage variants - 16 and 32GB with microSD card support for expanding storage.

It sports an 8-megapixel auto-focus rear camera with full-HD video recording and a 1.2-megapixel front-facing camera. It runs Android 4.2 Jelly Bean. The device measures 164.8x88.8x10.3mm and weighs around 210 grams. Other features include A-GPS with GLONASS, accelerometer, ambient light, e-compass and proximity. It comes with SIM support (Micro-SIM) with voice calling. Connectivity options on the device include Wi-Fi, Bluetooth, EDGE, GPRS and 3G.

Other products launched by Asus at the IFA include the refreshed Fonepad 7 tablet that also comes with voice calling support. The new Asus Fonepad 7 is powered by a 1.6GHz Intel Atom Z2560 processor alongside 1GB of RAM and retains the same 7-inch 1280x800 display. It comes with dual-front speakers with Asus SonicMaster audio technology.