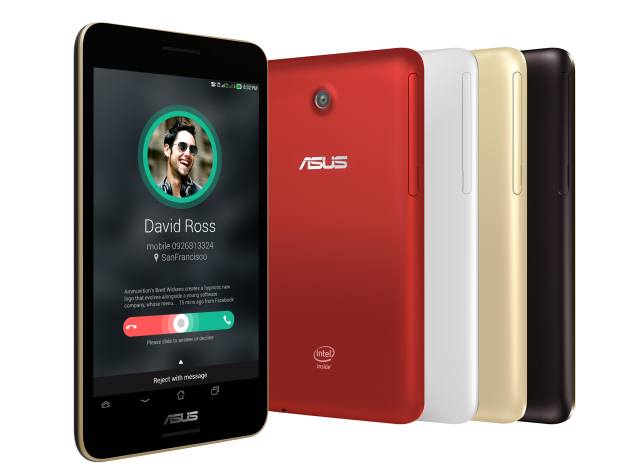 Asus is releasing 2 new tablets - the 8-inch Asus Fonepad 8 (FE380CG) and MeMO Pad 8 (ME581CL) - in the Malaysian markets. The tablets were both announced at Computex 2014 without pricing.

Initially announced at Computex 2014, the Fonepad 8 (FE380CG) is a refreshed version of its predecessor while the MeMO Pad 8 (ME581CL) is the LTE-enabled version of the Asus MeMOPad 8.

The Asus Fonepad 8 (FE380CG) includes a 5-megapixel rear camera and 2-megapixel front-facing camera. The tablet weighs 328 grams and will be available in Black, White, Gold and Red colour variants.

The MeMO Pad 8 (ME581CL), on the other hand, was launched in partnership with KIDDI and was touted to be the "world's lightest 8-inch LTE tablet", by Asus. At 299 grams the tablet runs on Android 4.4 KitKat out-of-the-box with company's latest intuitive Asus ZenUI on top.

The Asus MeMO Pad 8 is same as the FonePad tablet at 5-megapixel rear camera and a front 2-megapixel camera. Connectivity on the tablet includes Wi-Fi 802.11ac, 4G LTE, and NFC.