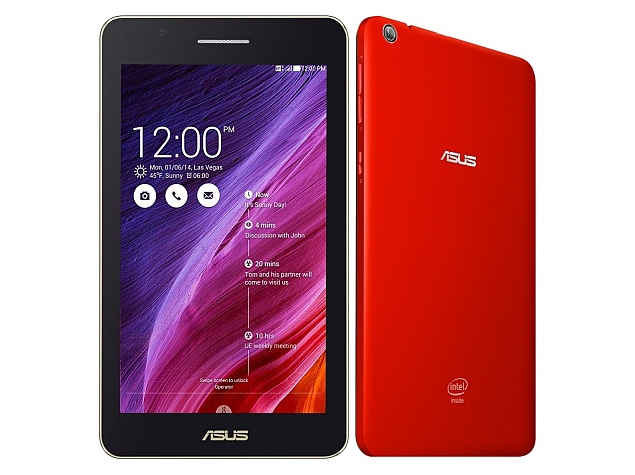 Asus, besides launching its Zenfone 2 and Transformer-branded tablets at CES 2015, seems ready to announce the Fonepad 7 (FE171CG), which is a refreshed version of the last year's Asus Fonepad 7 (FE170CG). The voice-calling tablet has been listed on the company website along with its specifications. The firm however, did not disclose the price and availability details.

The Asus Fonepad 7 (FE171CG) is a dual-SIM (GSM+GSM) voice-calling tablet that runs Android 4.4 KitKat out-of-the-box. There is no confirmation for the tablet's Android 5.0 Lollipop update as of now. The tablet also sports a 7-inch WSVGA (1024x600 pixels) resolution IPS display with anti-fingerprint coating. 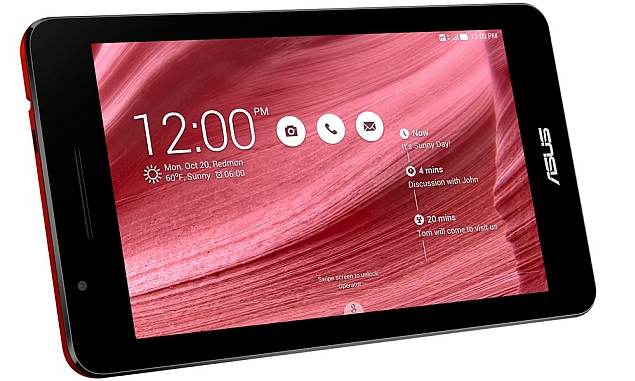 The Asus Fonepad 7 (FE171CG), under its connectivity options includes Wi-Fi, Bluetooth, 2G, 3G, and GPS/ A-GPS. The battery of the phablet device is rated to deliver up to 34 hours of talk time on 3G networks. Measuring 110.6x196x7.9mm, the Fonepad (FE171CG) weighs 280 grams and will be available in Black, White, Gold and Red.