Asus and Google team up for second-generation Nexus 7 with full-HD display: Report 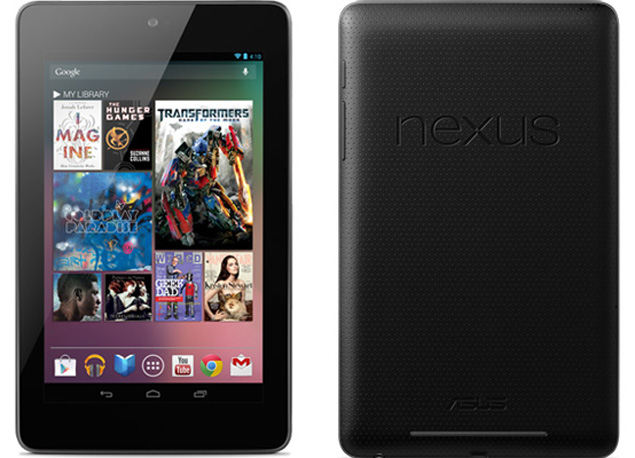 Google's Nexus 7 tablet manufactured by Asus has seen strong sales since its debut with reports indicating a million Nexus 7 units are being shipped every month. Well, it looks like the two are coming together again for round 2.

Google and Asus will be bringing the second generation Nexus 7 tablet in May (the Google I/O event) with several upgraded features, reports Digitimes. The tablet is likely to feature a full-HD display, a thinner frame and retain the first-gen pricing between $199-$249. It will also  come with the latest version of Jelly Bean.

Also, citing "sources from the upstream supply chain", the site mentions that the combined sales of the first and second generation Nexus 7 tablets is expected to reach 10 million units in 2013. They further mention that ending this month, total Google Nexus 7 shipments will surpass six million units, "with the US$249 model being the best selling model".

Earlier this month, we heard rumours of a Nexus 7.7 being developed as a sequel to Google's current Nexus 7 tablet. The leaked specs include a 7.7-inch WUXGA display (1920x1200, 294 PPI), 720p HD rear and front cameras, an NVIDIA Tegra 4 processor, 2GB RAM and internal storage options of 8/16GB.

The tablet is expected to be priced starting $299 for the 8GB model. Though there aren't any mentions about which version of Android the two devices will be powered by, we're assuming Android 5.0 Key Lime Pie. Is this a separate tablet from Google? We'll find out soon enough.

Google unveiled the $199 Nexus 7 tablet back in June last year. The tablet comes with 7-inch IPS display screen with a 1280x800 resolution and is powered by 1.3GHz Nvidia Tegra 3 processor. Other features of the tablet include 1GB RAM, 1.2-megapixel front camera and 4325mAh battery.

The original Nexus 10 was launched in October last year, which marked the search giant's entry into the 10-inch tablet arena. other specs of the tablet include a dual-core Cortex A15 processor with 2GB RAM, 16GB internal storage, 5-megapixel rear and 1.9-megapixel front cameras, NFC, Bluetooth, Wi-Fi and a 9,000mAh battery.