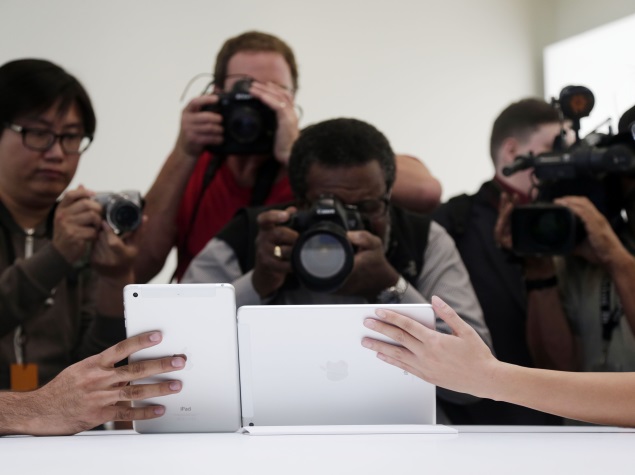 While we have been hearing rumours about Apple's 12.9-inch iPad Pro since last year, a new report now adds the tablet to arrive with a stylus in Q2 this year. The stylus, besides complementing the iPad Pro, might also work with iPad Air models.

New rumours for the stylus comes courtesy Ming Chi-Kuo, an analyst from KGI Securities who is known for his usually accurate predictions for Apple products. Apple too has previously filed a number of patents hinting a stylus to arrive with its devices. Kuo says that the Cupertino tech giant might launch the stylus as an optional accessory for the iPad Pro, as a stylus bundled with the tablet would make the package too costly.

The rumoured stylus will supposedly be easier to operate than a mouse and keyboard competition in some cases. "Given that it's more precise than a person's fingers, a stylus can be more convenient to use than the combination of keyboard and mouse in some cases," Kuo wrote, via Apple Insider. "Therefore, we believe Apple's stylus will improve the user experience of 12.9-inch iPad." A Lightning connector might be required for charging the rumoured accessory.

According to Kuo, Apple will keep the stylus simple and without any special features. He predicts the future models to include a gyroscope, using which people could "write on air". However, since the software and hardware are not completely developed, Apple is likely to skip the 3D handwriting feature of the accessory until next year. Apple might ship 2-2.5 million units of its rumoured stylus worldwide and might target its iPad Pro tablet towards education and businesses, as per Kuo. In addition, the stylus could also bring a slew of new apps for the tablet.

If correct, Apple would once again be moving against its late CEO Steve Job's vision, described back in 2007 during the original iPhone launch - "Who wants a stylus? You have to get them and put them away and you lose them. Yuck. Nobody wants a stylus." The firm has once already gone against Job's previous statement of never making a large screen smartphone with the launch of the iPhone 6 Plus.