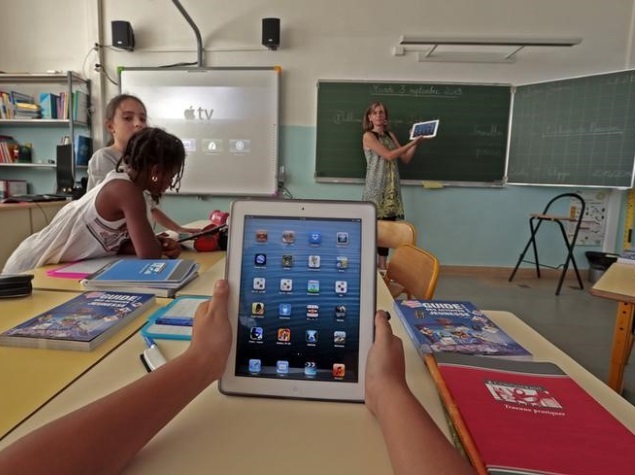 Apple is preparing to roll out a larger, 12.9-inch version of its iPad for 2015, with production set to begin in the first quarter of next year, Bloomberg cited people with knowledge of the matter as saying on Tuesday.

The report comes as Apple struggles with declining sales of its 10-inch and 7.9-inch tablets, which are faltering as people replace iPad tablets less frequently than expected and larger smartphones made by Samsung Electronics Co Ltd and other rivals encroach upon sales.

Apple has been working with its suppliers for over a year on larger touch-screen devices, Bloomberg cited the sources as saying.

It is expected to introduce larger versions of its 4-inch iPhone next month, expected to be called the iPhone 6, although the company has not publicised plans for its most important device.

Earlier this month, Bloomberg had reported that Apple suppliers have begun manufacturing new iPad tablets in an attempt to revive flagging sales of the tablet, citing people with knowledge of the matter.

Apple, which helped create the tablet market in 2010 with its first iPad, has seen growth plummet from 2012, as larger phones became more popular and people delayed replacing their tablets.

Mass production of the iPad Air with a 9.7-inch (24.6-cm) screen has already started, and it is likely to be unveiled by the end of current quarter or early next quarter, Bloomberg had said, citing two people familiar with the matter.

A new version of the 7.9-inch iPad mini is also entering production and is likely to be available by the end of the year, Bloomberg had said.