The new iPad Pro models are said to have an A14X chip. 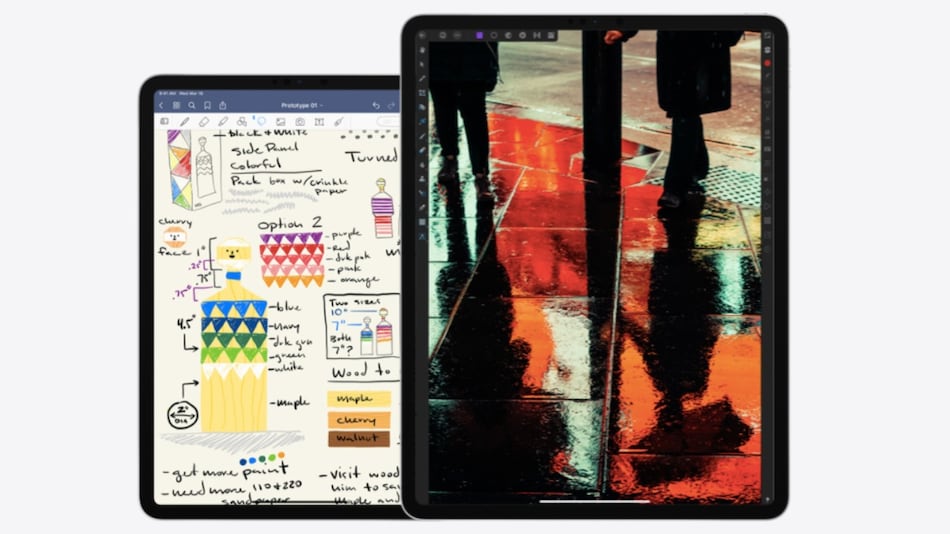 Apple is reportedly in plans to launch its 5G-ready iPad Pro models in the first half of 2021. The new iPad Pro models are said to have Qualcomm's Snapdragon X55 5G modem to offer both sub-6GHz and mmWave 5G connectivity. Apple was initially speculated to bring its new iPad Pro models later this year. However, a recent report by ChinaTimes suggested that the company delayed the launch of its 5G-supporting iPad Pro to 2021. This is unlike the new iPhone models with 5G support that are still believed to be on track and debut sometime in the coming months.

A tipster who goes by pseudonym L0vetodream on Twitter has suggested the new iPad Pro models would debut in the first or second quarter of 2021. The next-generation offerings are said to have mini-LED display panels to provide an enhanced brightness and wider colour gamut over a traditional OLED panel. Further, the tipster has mentioned that the new iPad Pro models would come with an A14X chip.

The new iPad Pro models are said to include the Snapdragon X55 modem. This seems in line with the iPhone 12 family that is also speculated to have the X55 modem to enable 5G connectivity.

Apple hasn't provided any clarity on the new iPad Pro launch. However, it was initially reported that the iPad Pro lineup would get a major upgrade later this year. Taiwan's daily DigiTimes, citing industry sources, said in March that a 12.9-inch iPad Pro model would launch in the fourth quarter of this year with a mini-LED display.

Renowned Apple-watching analyst Ming-Chi Kuo earlier this year also suggested the company's plans to start using mini-LED displays for its iPad models. He highlighted in a note that there would be the 12.9-inch iPad Pro, 10.2-inch iPad, and the 7.9-inch iPad Mini, among other products that all would be available in the market by the end of 2021. Kuo's note was aligning with the recent ChinaTimes' report that mentioned the delay in the launch of the new iPad Pro models due to uncertainties caused by the coronavirus outbreak.

Most recent launch happened in March
To recall, Apple released its latest iPad Pro models in March with a dedicated LiDAR sensor to detect depth and enable new augmented reality (AR) experiences. The recent models are powered by a new A12Z Bionic chip and come in 11-inch as well as 12.9-inch display size options. Furthermore, the company has offered a new Magic Keyboard that works with the latest iPad Pro models.