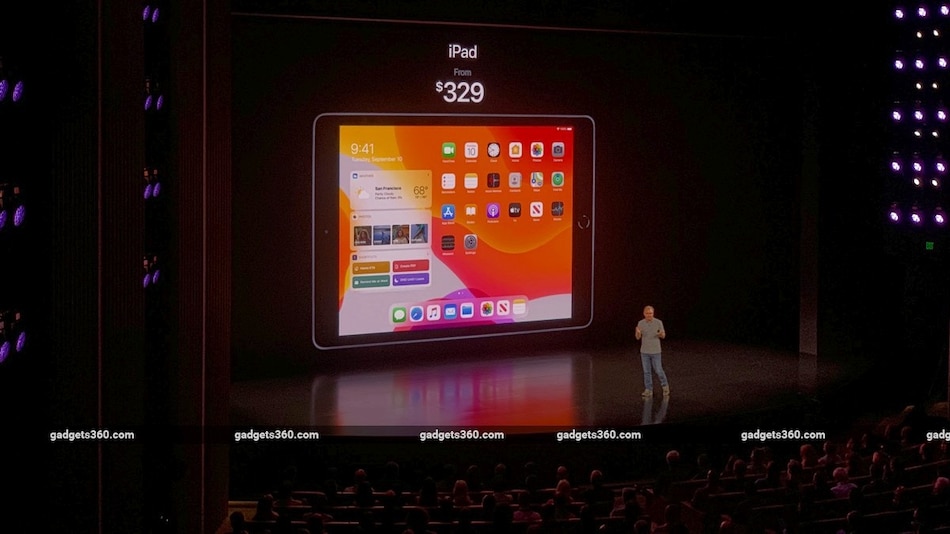 The current affordable iPad has a 10.2-inch LCD display

Apple is reportedly working on a new entry-level iPad that will come equipped with the company's A14 Bionic SoC, 5G connectivity, and USB Type-C port. The rumoured tablet is also said to have a larger display with modern technologies. The news follows Bloomberg's Mark Gurman's claims according to which Apple may launch the new iPad Pro in September or October. These new iPad Pro models will come with M2 chips, wireless charging, and upgrades to the camera system, Gurman says.

9to5mac reports that Apple is expected to bring significant upgrades to its most affordable iPad. This 10th-generation iPad, which is codenamed J272, is said to include features such as a USB Type-C port instead of a Lightning port. This means that all the Apple iPad lineups are expected to move to USB Type-C port. The iPad Pro got the port in 2018, iPad Air in 2020, and iPad mini in 2021. The USB Type-C port will also allow the affordable iPad to connect to modern external displays such as Apple's Studio Display.

On the other specifications, the publication cited its sources as saying that the “new entry-level iPad will feature a Retina display of the same resolution as the iPad Air's display” but it may get 10.5-inch or even 10.9-inch display as compared to current model's 10.2-inch LCD. Furthermore, the rumoured iPad is also tipped to get Apple's A14 Bionic processor, which also powers the 4th-generation iPad Air. The report also claims that due to change in display technology and introduction of the USB Type-C port, the affordable iPad may get a design change.

Last week, Bloomberg's Mark Gurman claimed that Apple is expected to update its iPad Pro lineup in September or October with M2 processors, wireless charging, and upgrades to the camera system. Rumours suggest that the Cupertino-based company may also launch at least one tablet with a 14.1-inch display and 16GB display.