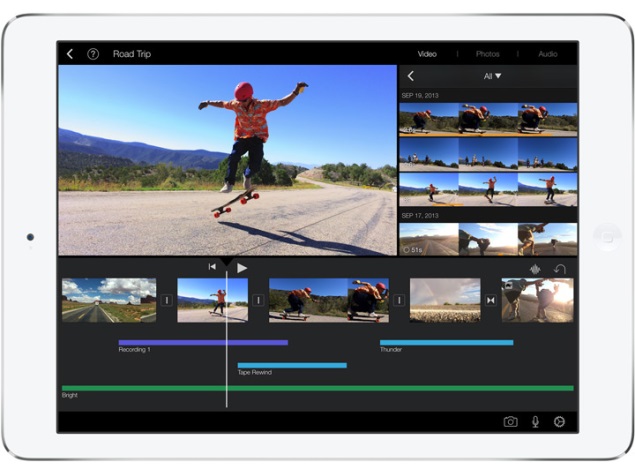 Apple's iPad tablets have been missing the split-screen feature for multitasking until now; however, if a new report is to be believed, the Cupertino-based company will bring the option with its next major update, iOS 8.

9to5mac in a report has claimed that Apple is set to add the split-screen functionality for its tablets, which is already available in rival tablets.

According to the report, the yet-to-be-announced iOS 8 update will allow two apps to run simultaneously side-by-side, while will also allow users' to drag images, videos and texts from one app to other.

The alleged new split-screen feature for multitasking in iOS 8 is said to only work in landscape mode and will be specifically rolled out to 9.7-inch iPad models; while there is no word whether the feature will be available for iPad mini tablets.

Notably, Microsoft in past had been mocking iPad tablets for their lack of multitasking features. The Microsoft Surface features 'snap' apps which can run two apps simultaneously, while Samsung's Galaxy tablet line-up comes with its Multi Window feature.

Further, the report indicates that iOS 8 will pack a number of other improvements, and will also debut the company's much-anticipated fitness-oriented app called Healthbook. Earlier reports had suggested that the rumoured health-focused app could be a one-stop resource for tracking personal health as well as fitness, nutrition, sleep and exercise. The app was described as visually similar to Passbook, with a stack of colour-coded cards, each representing a different function.

It's worth noting a jailbreak hack that came out recently already does something similar, allowing the running of multiple apps in floating windows just like on a full-fledged desktop PC. The hack, which was available on the unofficial Cydia app store, was also seen supporting gestures to let users dock apps side by side, drag them across screens, and switch between them quickly. Of course, the hack requires users to first jailbreak their tablets, something that is not recommended. For the alleged official release of the multitasking feature, we will have to wait for this year's World Wide Developer Conference.

Previously leaked or speculated features for iOS 8 include a standalone iTunes Radio app, a music search function, improvements to Apple Maps, and minor interface changes. It is not clear which of these might be pushed back, or whether Apple will still introduce them at WWDC.