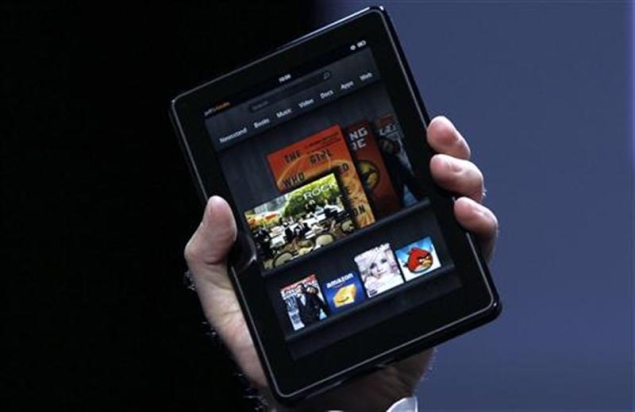 Amazon.com Inc will make Japanese language Kindle e-readers and tablets available next month, as the U.S. online seller joins a slew of e-book makers in trying to win market share in the world's second-biggest publishing market.

Amazon began taking pre-orders on Wednesday for its Kindle Paperwhite e-reader, which starts with a price tag of 8,480 yen, and Kindle Fire tablet, which has a base price of 12,800 yen. Both devices will be available from November 19.

The online retailer also said it will start offering Kindle e-book titles on its Japanese website from October 25, with a selection of more than 50,000 Japanese-language titles, including books from local publishers such as Kodansha Ltd and Kadokawa Group Holding.

The launch pits Amazon against local players Rakuten Inc, which debuted its Kobo e-reader device in July, and Sony as well as Apple Inc and Google Inc, in competing for digital content market share in Japan.