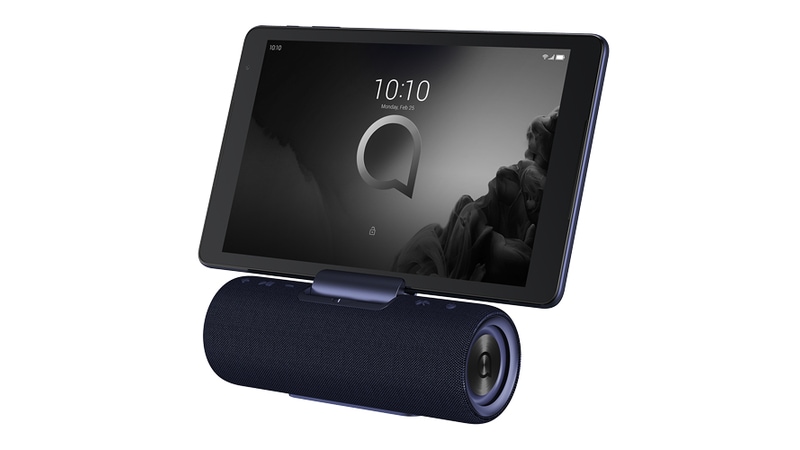 Alcatel 3T 10 tablet has been launched alongside three Alcatel smartphones at MWC 2019. All four devices have been made by TCL Communication, a licensee of Alcatel brand. The biggest highlight of the tablet is its optional Audio Station, which helps make it what the company calls a 'smart 2-in-1 system'. The Audio Station is essentially a speaker that can be clipped onto the tablet, docking it. The tablet runs on Android Pie and comes with quad-core processor. Read on for more details about the Alcatel 3T 10 price, specifications, and release date.

There is a 2-megapixel (interpolated to 5-megapixel) rear camera with a 2P lens, an f/2.8 aperture, and a 1/5-inch sensor size with 1.65-micron pixels. It bears the same setup for the front camera. The tablet is also touted to provide DSP voice recognition up to 3 metres away.

As for the Audio Station, it features a 2,000mAh battery, and is rated to deliver a playback time of 7 hours. The battery also charges the tablet when connected. It measures 185x67mm, and features Bluetooth 4.2 connectivity, a 3.5mm aux jack, a Micro-USB port, and a microSD card reader. When connected to the tablet, the Audio Station creates an on-screen hub to give users at-a-glance information.