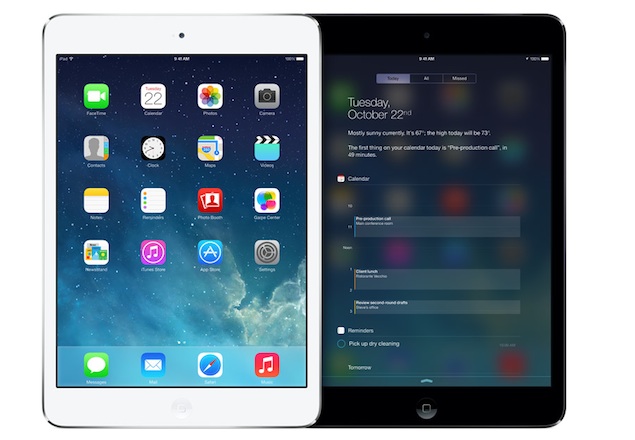 Apple announced an all new iPad mini on Tuesday, upgrading it with a high resolution Retina display. The compact version of its popular tablet will start selling November 1 onwards in 41 countries, at a starting price of $399.

Following the upgrade, the iPad mini with Retina display now competes head to head with Google's Nexus 7 (2013) and Amazon's Kindle Fire HDX, as all the tablets come with an HD screen. Of course the tablets sport different hardware and run different operating systems but they fall into the compact tablet category. 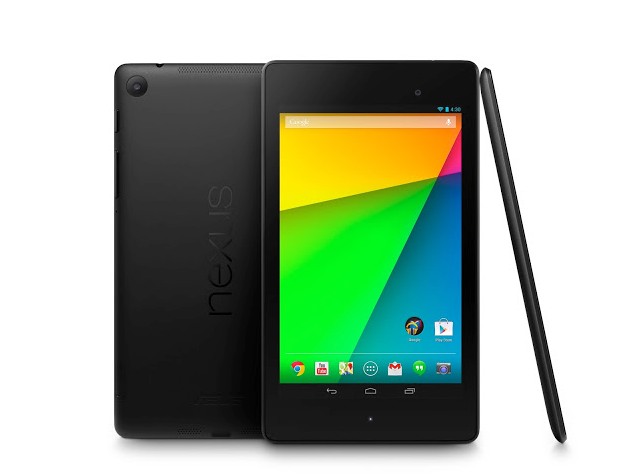 The iPad mini with Retina display is powered by a 64-bit A7 chip which also powers the new iPhone 5s, offering up to four times faster CPU and up to eight times faster graphics performance than the previous generation iPad mini. It also features the M7 motion coprocessor that takes care of measuring motion data from the accelerometer, gyroscope, and compass sensors, sending them to apps without waking up the A7 processor, leading to improved battery life. The Nexus 7(2013) is powered by a quad-core Qualcomm Snapdragon S4 processor clocked at 1.5GHz, and features 2GB of RAM.

The Kindle Fire HDX 7 is powered by a 2.2GHz quad-core Snapdragon 800 processor alongside 2GB of RAM. Barring the iPad mini with Retina display, no other tablet in this segment features a 64-bit processor. It's another thing that most tablet apps are still not designed to leverage the potential of the 64-bit processor but this particular attribute makes the new iPad mini more future proof compared to the rest of the lot. It's hard to compare performance since the three tablets run on different platforms but each one comes with the latest hardware specifications.

The new iPad mini with Retina display features a 5-megapixel rear camera and a 1.2-megapixel front facing one. It supports 1080p HD video recording. The Nexus 7 (2013) also features a 5-megapixel rear camera and a 1.2-megapixel front-facing camera. The Kindle Fire HDX 7 only sports a front-facing HD camera (unspecified megapixel count). We're not sure if everyone uses the camera but consumers are more likely to capture images and video with compact tablets compared to their bigger counterparts but all of the three tablets are good for making video calls. 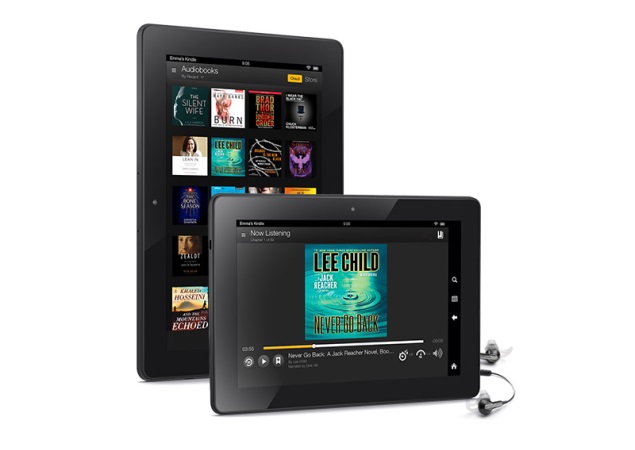 The iPad mini with Retina display comes in 16GB, 32GB, 64GB and 128GB storage variants, while the Nexus 7(2013) comes in 16GB and 32GB variants. The Kindle Fire HDX 7 comes in 16GB, 32GB, 64GB storage variants. The iPad mini with Retina display is available in both Wi-Fi only and Wi-Fi plus Cellular data models. Only the 32GB Nexus 7(2013) supports cellular data with Wi-Fi, while the 16GB option supports only Wi-Fi connectivity. Both storage variants of the Kindle Fire HDX 7 tablets are available in Wi-Fi only and Wi-Fi plus LTE versions.

Coming to software, the iPad mini with Retina display runs iOS 7, the latest version of Apple's mobile OS, while the Nexus 7 runs Android 4.3 Jelly Bean, which is expected to receive a new update, Android 4.4 KitKat in the coming days. The Kindle Fire HDX 7 runs the new Fire OS 3.0 based on Android Jelly Bean. In terms of apps, the iPad mini has an edge over Android based tablets as a large number of iOS apps have been optimised for the iPad. The tablet-specific app scene is pretty dismal on the Android side. The Kindle Fire HDX is closely integrated with Amazon's content ecosystem. So, if you're a voracious reader and download ebooks, the Kindle Fire HDX is a great companion.

It's worth pointing out that none of these tablets are available in India, at this point in time.