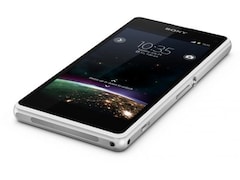 Smartphones have gotten ridiculously big, and unfortunately, most Android manufacturers today have decided that their top-end phones should have five-inch screens at the minimum. It isn't because they can sneak in more space for a larger battery and better heat dissipation; it's just a sort of herd mentality and the desire to outdo each other that keeps things going along a certain trajectory.