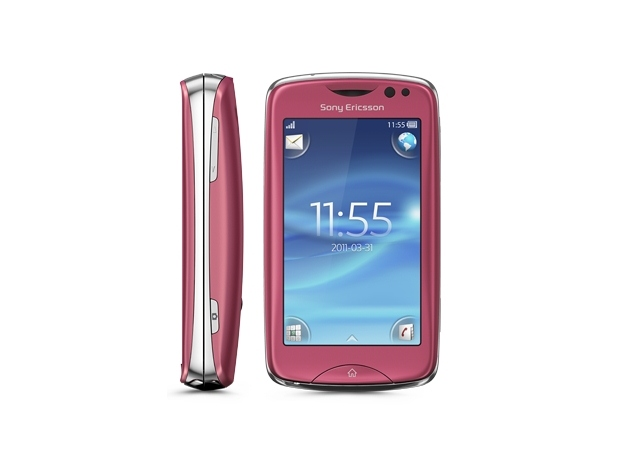 Sony txt pro mobile was launched in August 2011. The phone comes with a 3.00-inch touchscreen display offering a resolution of 240x400 pixels at a pixel density of 155 pixels per inch (ppi). Sony txt pro is powered by an one-core PNX-4910 processor. It comes with 64MB of RAM. The Sony txt pro runs Proprietary and is powered by a 1000mAh removable battery.

As far as the cameras are concerned, the Sony txt pro on the rear packs 3.2-megapixel camera.

Sony txt pro is based on Proprietary and packs 100MB of inbuilt storage that can be expanded via microSD card (up to 32GB). The Sony txt pro is a single SIM (GSM) mobile that accepts a Regular-SIM card. The Sony txt pro measures 93.00 x 52.00 x 18.00mm (height x width x thickness) and weighs 100.00 grams. It was launched in Black, White, and Pink colours.

Connectivity options on the Sony txt pro include Wi-Fi, Bluetooth v2.10, and FM radio. Sensors on the phone include accelerometer and proximity sensor.