Zuckerberg Gets It Right, Kind Of. His Success Is Not an 'Only in America' Story. 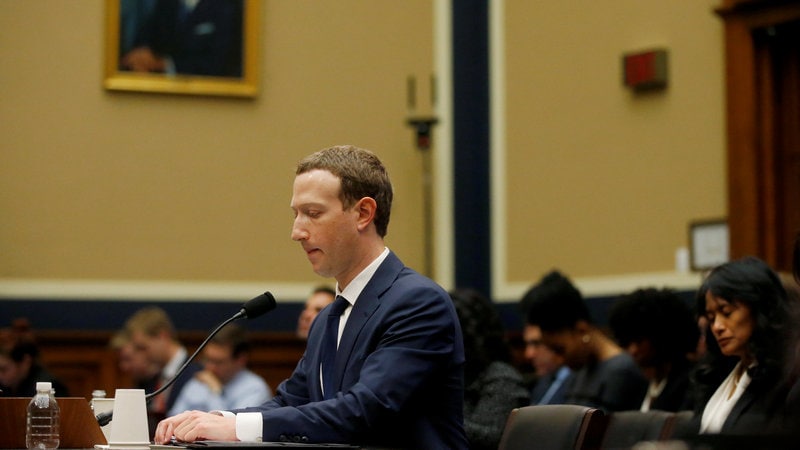 It was one of the weirder exchanges in a surreal, five-hour Senate hearing.

Sen. Dan Sullivan, R-Alaska, opened his turn to speak with what might have been an attempt at flattery. Or small talk.

"Quite a story, right?" he asked. "Dorm room to the global behemoth that you guys are. Only in America, would you agree with that?"

Except Mark Zuckerberg didn't agree. Not immediately, at least. Awkward silence filled the gap where his patriotic platitude should have been.

It only got weirder:

Sullivan (gently prodding): "You couldn't do this in China, right? What you did in ten years?"

Zuckerberg: "Well, Senator, there are . . . there are some very strong Chinese Internet companies."

Sullivan (bemused): "Right, but, you're supposed to answer 'yes' to this question."

Laughter, including a strained chuckle from Zuckerberg

Sullivan: "Okay, come on, I'm trying to help you, right?"

Off-camera: "This was a softball!"

Sullivan: "Give me a break. You're in front of a bunch of senators. The answer is 'yes'!"

But the most surreal bit? Zuckerberg was right. Or, at least "mostly" right.

It's hard to say which hairs he was splitting, exactly, but if he was talking about how easy it is for a young American to pull herself up by her own bootstraps, then he's right to dump cold, clammy water on the senator's cliche.

Or maybe he was talking specifically about how easy it is to launch from a dorm room to stratospheric wealth? Zuckerberg was correct again. If anything, he shatters this American myth by embodying the reality of elite American colleges as inequality-perpetuation machines.

And if he was talking about becoming a multibillionaire in the tech industry? Then it's silly to say it only happens in America. In fact, it mostly happens elsewhere.

Sullivan was clearly referring to the ideal of America as a land of opportunity where, with enough luck and pluck, anyone can make their fortune.

Well, economists have statistics for this. Not for luck or pluck, but for the likelihood that young people will transcend the income gaps faced by their parents. They don't help the senator's case.

According to economist Miles Corak of the City University of New York and the Stone Center on Socio-Economic Inequality, academics have repeatedly shown that "only in America" would be better phrased as "more likely elsewhere."

Corak's widely cited research shows that about 47 percent of the earnings gap between U.S. fathers will carry through to their sons. That puts the United States far closer to Peru - which, at 67 percent, was the worst of his 22-country sample - than to Denmark, the leader when it comes to earnings mobility, where the earnings gap got squeezed to 15 percent.

To be fair, Zuckerberg didn't get it right either. His preferred example was China, one of the least-mobile countries Corak considered, with 60 percent of income inequality carrying through to the next generation.

Zuckerberg's ascent from dorm room to "global behemoth" does not show that US colleges and universities can lift anyone from rags to riches. Instead, Corak said, it's more evidence that the higher education system entrenches income inequality.

Zuckerberg came from a white-collar background, and he was probably already ensconced in the top income strata. His "only in America" college experience merely allowed him to extend his substantial head start.

Harvard and other elite universities have done well at transforming poor students into rich adults - mostly because they turn everybody into rich adults, regardless of background - but because their acceptances are so skewed toward the wealthy, they end up devoting far more time helping wealthy students stay wealthy than they do helping the poor break into the upper crust.

Of Harvard students born between 1980 and 1982, 3 percent came from the poorest fifth of parents, while a full 70 percent hailed from the wealthiest fifth. Zuckerberg was born in 1984 and entered Harvard in 2002, but Chetty's review of data for more than 30 million college students shows that, at elite schools, "the fraction of students from low-income families did not change substantially between 2000-2011."

The key word is global behemoth

And there's always the possibility that Zuckerberg, channelling both his inner android and his lawyers, was answering the question as literally as possible. Becoming a "global behemoth" - defined here as becoming one of the 500 richest people in the world, as reported by Bloomberg - is most common in the United States, but that doesn't mean it's a uniquely American phenomenon.

There were 63 tech-industry billionaires on Bloomberg's list as of this morning. A narrow minority, just 31, hailed from the United States - though many others made all or part of their fortunes there, making Zuckerberg's "mostly" characterization a bit more accurate. Three of them - Zuckerberg, Eduardo Saverin and Dustin Moskovitz - came from that same, golden Harvard dorm room.

The country with the second most tech billionaires in the top 500? China, of course, which had 10. Zuckerberg's obviously kept an eye on the competition.