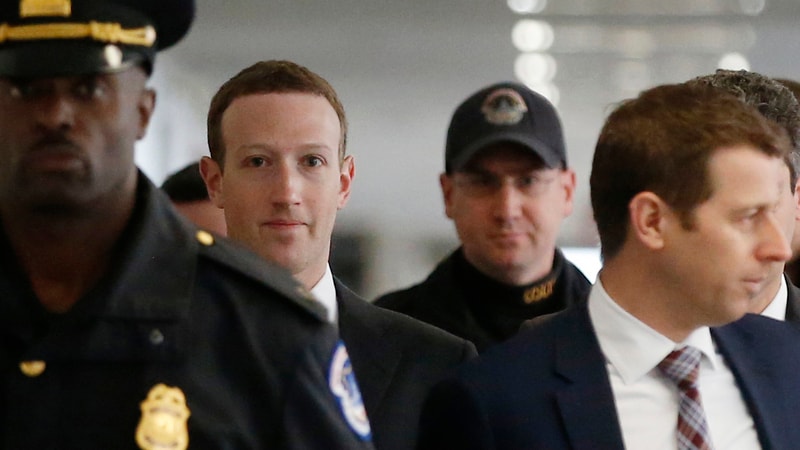 Facebook founder Mark Zuckerberg cut an awkward figure this week as he appeared at much-anticipated congressional hearings, looking visibly uncomfortable in a navy suit rather than his normal hoodie. His demeanour earned plenty of laughs on social media, but the real attention was focused on two things: the data firm Cambridge Analytica and alleged Russian trolls.

But Facebook's most vexing global problem is the misuse and abuse of the site in countries outside North America or Western Europe. Facebook is not just a privacy issue in these countries - in some cases, lives are literally on the line. Those problems, however, went almost unmentioned on Capitol Hill.

Think about it this way: Many Americans believe it took only 90 bored social media consultants in St. Petersburg to help sway voters toward Donald Trump in the 2016 election. Now imagine what could happen if something similar happened in one of the many countries where Facebook is synonymous with the Internet itself.

In such countries, people and groups - even the state itself - can have an interest in spreading misinformation to inflame domestic tensions. And because many are smaller, poorer countries, they are almost insignificant to Facebook's business model and receive scant attention from its Menlo Park, California, headquarters.

There are plenty of real-world examples already. The obvious one is Myanmar (also called Burma), a Southeast Asian nation of just under 53 million people and a gross domestic product per capita just one-fiftieth of America's. Burma emerged in 2011 from decades of military dictatorship, but it has been racked by ethnic tensions ever since. In 2017, a violent military crackdown caused more than 600,000 mostly Muslim members of the Rohingya minority group to flee to Bangladesh, leaving an unknown number of people dead.

zeynep tufekci tweeted "This one gets me the maddest. Facebook had no excuse being so negligent about Myanmar. Here's me tweeting about it IN 2013. PEOPLE HAVE BEGGED FACEBOOK FOR YEARS TO BE PRO-ACTIVE IN BURMA/MYANMAR. Now he's hiring 'dozens'. This is a historic wrong."

Civil-society and human rights organisations say that Facebook inadvertently played a key role in spreading hate speech, which fueled tensions between the Rohingya and Myanmar's Buddhist majority. Those groups shared a presentation with key senators this week, aiming to show how Facebook was slow to deal with hate speech and misinformation on its platform even after repeated attempts to flag the dangerous content.

Zuckerberg did not mention Myanmar in his prepared remarks this week, but he was was asked about it. On Tuesday, Sen. Patrick J. Leahy, Vt., the top Democrat on the Judiciary Committee, highlighted a recent comment by U.N. investigators that Facebook played a role "in inciting possible genocide" and asked why the company took so long to remove death threats toward one Muslim journalist there.

Sen. Jeff Flake, R-Ariz., also invoked the plight of the Rohingya in another question on Tuesday. The following day, there was only one passing mention of Myanmar.

Zuckerberg's responses to questions about Myanmar suggested that he had sincere concerns about Facebook's role in the country. "What's happening in Myanmar is a terrible tragedy, and we need to do more," Zuckerberg admitted to Leahy, using another name for Burma. But, as the Daily Beast's Andrew Kirell noted, there was more discussion of pro-Trump YouTube stars Diamond and Silk than there was of a potential genocide half the world away.

Meanwhile, other countries facing similar Facebook problems weren't mentioned at all. On Monday, a number of activists and independent media professionals in Vietnam had released their own open letter to Zuckerberg, complaining about account suspensions in the country. "Without a nuanced approach, Facebook risks enabling and being complicit in government censorship," the Vietnamese groups said.

In some ways, the problems with Facebook highlighted in Vietnam and Myanmar may seem distinct - one is about content being taken down too easily, and the other is about content staying up too long. But at the core of the problem is the same criticism: Facebook doesn't pay attention to smaller countries.

In Sri Lanka, alleged inaction by Facebook in the face of the spread of anti-Muslim hate speech even led the government to temporarily block the website in March. "[Facebook] would go three or four months before making a response," Harin Fernando, Sri Lanka's minister of telecommunications and digital infrastructure, told BuzzFeed News. "We were upset. In this incident, we had no alternative - we had to stop Facebook."

"But we spoke to Muslims who say once Facebook became overwhelmingly popular in the country, particularly with the younger generation, they saw anti-Muslim stories being amplified in a way they hadn't been before."

Such drastic measures are clearly not ideal - indeed, they raise their own questions about censorship and free speech. But Facebook's inability to stop real-world problems, either because of language barriers or a lack of knowledge about local contexts, is a common criticism around the world.

To his credit, Zuckerberg acknowledged the need to hire more people with local language skills and work with civic organisations to identify potential problems quickly. "The definition of hate speech or things that can be racially coded to incite violence are very language-specific, and we can't do that with just English speakers for people around the world," he said this week.

The Facebook CEO even seemed to suggest on Wednesday that his company was working on being able to take down hate speech like that identified in Myanmar within 24 hours - a passing comment that many organisations noted with hope.

But the big question is how to do that on Facebook's gargantuan scale. The company has about 25,000 employees but an estimated 2 billion or more daily users. Facebook may need to hire thousands more people to truly deal with global issues. Small wonder that Zuckerberg emphasised the role artificial intelligence could play in helping solve these problems in five or 10 years' time.

While many will want Facebook to work faster than that, such proposals are probably welcome news for many Facebook users and advocacy groups. But for corrupt governments and other groups who worked with them - including consulting groups such as Cambridge Analytica - it could mean their ability to spread hate and division will no longer be a feature of Facebook, but a bug.