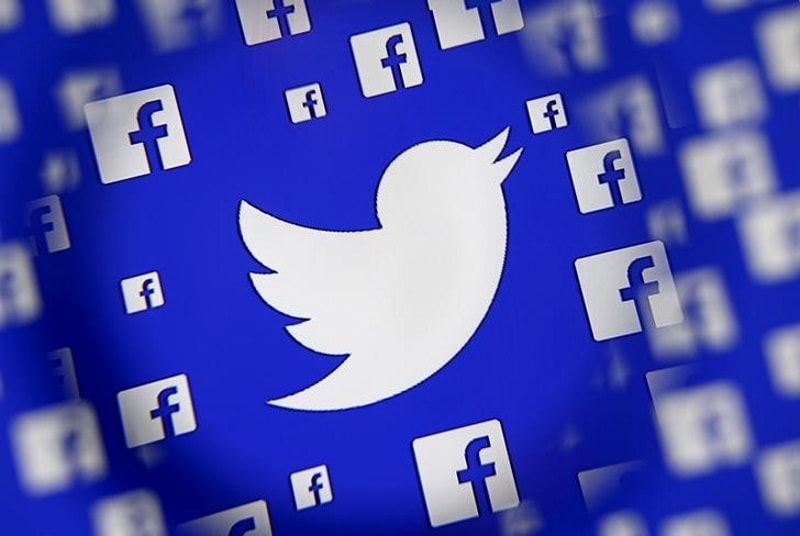 There's something in common between amazing story of "Nicole Mincey", the pseudonymous Twitter user with 146,000 followers who was retweeted by President Donald Trump and then disappeared overnight along with a few other online personae, and a recent prank by a Berliner frustrated with his inability to get Twitter to remove hate speech. The common element is the obvious solution to both problems, which rarely surfaces in discussions of trolling, fake news and cyber-bullying.

Social networks should be obliged to ban anonymous accounts. If they refuse to do so voluntarily, government regulators should force the issue.

Nicole Mincey was apparently a fake African-American identity that helped sell Trump-related merchandise online. It was part of an enterprise supported by pro-Trump social media posts from several fake accounts representing people whose backgrounds, looks (illegally used stock photos, actually) and views might appeal to potential buyers. The whole scam blew up after the Trump retweet prompted the owner of the photo stock to look into the matter. But how many other pro-Trump and anti-Trump accounts on Twitter and Facebook are actually fake? How do we figure out which of the famous internet echo chambers are even real? Is there a way to make sure real people are not regularly misled and confused by the purveyors of fake opinions who are just trying to sell a bootlegged MAGA cap?

The German story also involves a retweet by a top government official - Justice Minister Heiko Maas. In a video Maas tweeted this week, Shahak Shapira, an Israeli-born satirist and musician living in Berlin, explains that he tried to flag about 300 tweets violating Germany's hate speech laws to Twitter, but the few replies he received alleged that the posts didn't go against the platform's policy. Shapira then traveled to Hamburg, where Twitter's German office is located, and spray-painted the tweets on the pavement in front of the office building. "Jewish pigs," one said. "If you hate Muslims, retweet," said another. The accounts that tweeted this used pseudonyms, of course.

Germany has a new law obliging social networks to delete hate speech within 24 hours of it being reported. With the link to Shapira's video, Maas also tweeted a report from a government-funded study showing that Twitter only deletes 1 percent of hate-speech posts after they're reported by users, while Facebook erases 39 percent of such posts and YouTube 90 percent. All three platforms delete almost 100 percent of the posts after being contacted again via e-mail. "#HeyTwitter, that's not enough!" Maas wrote.

With Mincey and the racist tweets in Germany alike, it took particularly persistent users to draw attention to spurious and offensive content. The networks, though they profess a willingness to fight fakes, cyber-bullying and other abuses, aren't particularly proactive about it, and they have a plausible explanation: They cannot police their vast user bases, and they need a lot of help.

But there's an easy answer to that defense. Neither "Mincey" nor most of the tweets Shapira sprayed on the pavement in Hamburg would have been possible had Twitter required identifying information from users before creating accounts. The platform's anonymity - its privacy policy specifically allows pseudonyms and multiple accounts - gives bigots, swindlers and bullies a sense of impunity. It's not clear what else it does for users; after all, the accounts with the most followers - those of public personalities and journalists - are, as a rule, verified by Twitter. People don't attach much value to anonymous opinions. They may appreciate an account that specializes in a certain kind of content or even an interesting bot - but what would be the harm in identifying their creators?

Facebook, unlike Twitter, has a strict policy against multiple personal accounts and pseudonyms - which it doesn't enforce. If an account has been reported as using a fake name or impersonating someone, it may require an image of a government-issued ID. But the company vehemently protests when people try to force it to identify users. A UK court case in 2013 is a great example. When the parents of an underage girl who had repeatedly used Facebook to hook up with men proposed the pre-identification of users, Facebook made a number of surprising statements.

"Facebook cannot proactively prevent an individual from registering and creating a Facebook account and profile," the company testified. "It is simply not feasible to review over 1 billion profiles to locate a single user who may be lying about his or her name. No technical program or mechanism exists to prevent an individual from lying about his or her identity and/or age." All it could do, Facebook said, was shut down the girl's accounts - the new ones she set up every time - after the fact.

In reality, both Facebook and Twitter would be able to identify users if they wanted to. It would be enough for them to require a valid credit or debit card, the way one does in application stores or on Amazon, and require regular updates to the card information. That way, all accounts linked to one card would be tied to their actual owner, and underage users' accounts would be tied to their parents' identities.

This would immediately resolve the problems of fake names, anonymous bullies, troll armies and hate-speech law violations. There would still be cases of identity theft, but the platforms could easily alert a user if a new account attempted to use his or her card data.

Such identification, of course, would hurt whistleblowers and opposition activists in oppressive regimes. But, for their own safety, those of them who want to hide their identities should stay off Facebook and Twitter, anyway: There's a greater chance that a hostile government or corporation will track them down there than on more secure, encrypted messaging platforms or on the Dark Web. As for the world's unbanked, one could argue they are of little value to the advertisers who fund the social networks and thus non-essential to their business models.

There's plenty of anonymity to be had on the internet for those who need it. There is, however, no reason the huge corporate platforms which essentially trade in our personal information should be allowed to get on a high horse as defenders of privacy. These platforms are huge media companies that have as little to do with the Internet's early ideals as today's Apple has with the company Steve Jobs and Steve Wozniak launched in a garage in the 1970s. They should be regulated in the same way as a TV station or a newspaper, which always knows the authors of the information it publishes.

The social platforms hold on desperately to anonymity because it's the basis for their inflated user numbers, which they sell to advertisers and the stock market. If they give it up - in reality, not just on paper like Facebook - competitors will spring up to offer it. These are not good reasons for the advertising market's dominant players. They should face up to their responsibility and start caring whether their users are real - and why they might not want to give their real names if they are.