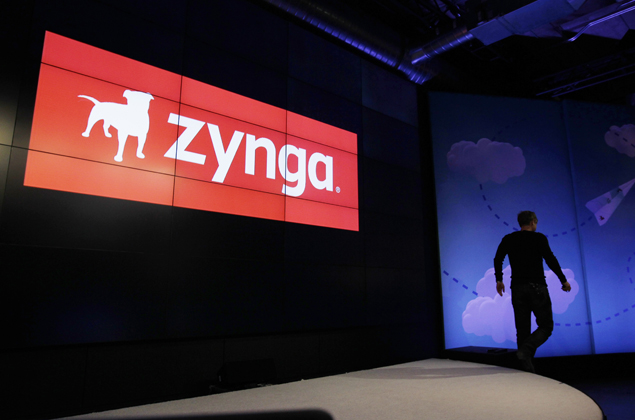 Chief accounting officer, Mark Vranesh, is replacing Wehner as chief financial officer, returning to the post he held from 2008 to 2010, while Zynga was still a private company.

Zynga also reshuffled its executive ranks, a move CEO Mark Pincus said puts the company in a position for "long-term growth." Zynga, whose games include "FarmVille" and "Texas HoldEm Poker," has seen its stock price fall sharply in recent months amid concerns about its ability to make money from mobile games, off of Facebook.

The appointments seek to fill some of the holes left by executives who've left Zynga in recent months. John Schappert, Zynga's chief operating officer, left in August after less than a year and a half on the job. Schappert's exit was followed by that of Mike Verdu, the company's chief creative officer. And in September Jeff Karp, the chief marketing and chief revenue officer, left the company.

Zynga is also reaffirming its guidance. The company still expects adjusted earnings of 2 or 3 cents per share. Analysts polled by FactSet expect 3 cents.

Zynga shares closed up 1 cent at $2.11 and added 2 cents in after-hours trading.