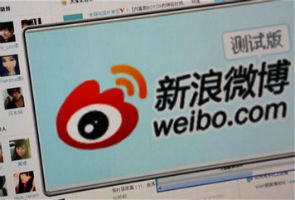 A widely read microblog written by the U.S. Consulate in Shanghai and known for its sometimes tongue-in-cheek comments about China's social and political issues was inaccessible Friday.

Sina Weibo, China's most popular microblog site that hosts the consulate's account, said it could be a technical glitch, an explanation the company has given in the past in cases where censorship was at work.

The Shanghai account had more than 80,000 followers before it became inaccessible Thursday. It has in the past touched on topics the government considers sensitive.

On June 4, the 23rd anniversary of the student movement on Tiananmen Square in 1989, when online censorship kicked into high gear for the taboo topic, the Shanghai consulate's blog remarked that history could not be discussed that day. A day later, it said: "Yesterday is finally gone."

Also in June, when a Chinese newspaper called for response from the U.S. embassy after a senior environmental official criticized its popular Twitter feed that tracks pollution in smoggy Beijing, the Shanghai consulate posted a shushing emoticon. "Keep your voice low. People are still sleeping," read the posting. The comment later disappeared, though it was unclear why.

U.S. diplomats have boosted their public diplomacy through social media. The U.S. government has an active presence on Chinese social media sites; many U.S. officials in China have individual Weibo pages, and the embassy in Beijing and consulate departments update their own sites with remarks by American officials, press releases and videos.

Using platforms such as Sina Weibo lets diplomats directly engage the Chinese public without having to go through the state media, said David Bandurski, editor of the Hong Kong-based China Media Project website.

And the U.S. consulates in Shanghai and Hong Kong have stood out for their use of playful language filled with trendy online expressions by Chinese web users to chime in on hot social and political topics in China.

Attempts to access the Shanghai consulate's microblog on Sina Weibo Friday were met with an error message that said the account is "temporarily unavailable." The results for searches of the consulate's microblog name were censored with a message that said: "According to relevant laws, regulations and policies... search results were not displayed."

American officials said they did not know why their social media account could not be reached.

"We're still working to find out why our Weibo page is inaccessible," said Shanghai consulate spokeswoman Wylita Bell, reached by phone. "We are speaking with our commercial service provider, doing follow ups, trying to find out why. We also still hope that we can resume normal operations as soon as possible."

Foreign Ministry spokesman Liu Weimin said he had no information on the inaccessibility of the consulate's blog, adding China manages the Internet according to its laws and regulations.

A Sina Weibo employee in a department that oversees the microblog site's operations said there could be a technical glitch.

"We are not sure what happened exactly," said the woman, who refused to give her name.

Sina Weibo employs a team of censors to make sure the site is free of personal attacks, pornography, as well as any "illegal information," which covers topics the government wants to keep out of public discussions. Sina Weibo says it reserves the right to delete posts and freeze accounts for content it deems offensive.

Besides the usual differences with the United States over trade and politics, this summer is also a sensitive time for Beijing.

The once-in-a-decade handover of power to the next generation of Chinese leaders is only months away, and media controls are likely to get tighter, said Doug Young, a Chinese media expert at Fudan University in Shanghai.

"There's certainly lots of reasons why China might decide to punish the consulate by blocking their Weibo," Young said.

The Sina Weibo accounts of other branches of the U.S. government in China, such as the embassy in Beijing and consulates in other cities - including Hong Kong - were still accessible Friday.
Comments