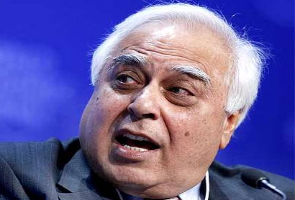 Highlights
Sidestepping a direct comment on an Indian government move for a code of conduct for social media, the US has said it's concerned about any effort to curtail freedom of expression on the internet.

"We call on the global community to protect freedom of expression, association, and assembly in the online world as we would in the real world. The same principles apply."

However, he declined to comment on Sibal's proposal saying: "What I would say is not necessarily specific to India. It's broader than that. And I would say we are concerned about any effort to curtail freedom of expression on the internet."

"Again, I think I just tried to address that broadly speaking about internet freedoms. I'm not going to go any further and talk about the specific legislation," Toner repeated when pressed to comment on the Sibal proposal.

"Our position's clear and Secretary (of State Hillary) Clinton has called on the global community to protect freedoms of expression, association, and assembly in the online world as we do in the regular world, and we uphold those beliefs," he said.

As part of their overall strategic dialogue, US and India have a working group on information and communication technology, Toner said.

But he could not say whether the issue had "come up, either in that working group or in our regular bilateral conversations".

"What I can say now is that we believe that freedom of expression applies equally to the internet as it does in the real world," he said.
Comments