Twitter hid and required the removal of three of Trump's tweets "as a result of the unprecedented and ongoing violent situation in Washington, DC." 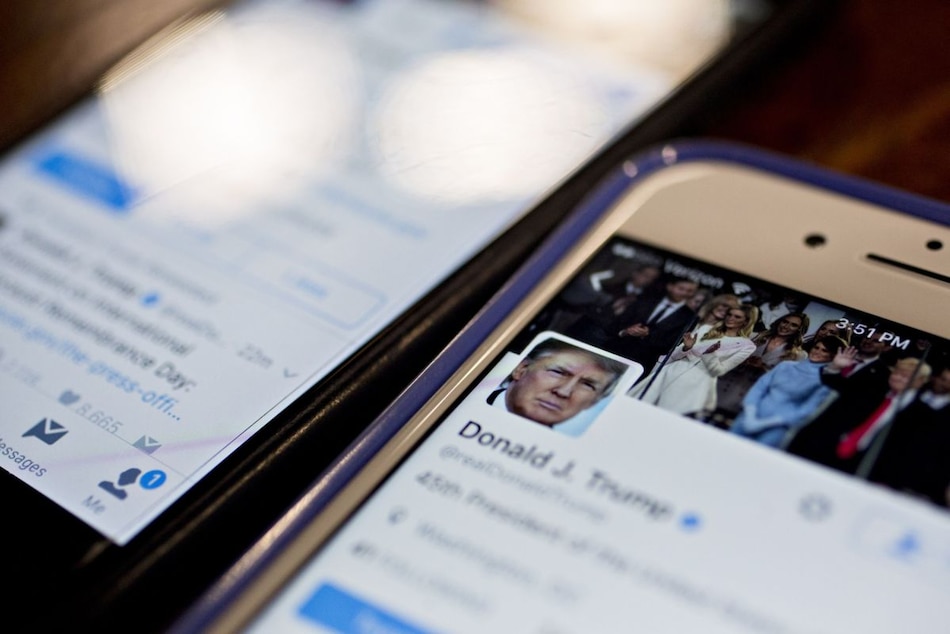 Twitter and Facebook on Wednesday temporarily locked the accounts of US President Donald Trump, as tech giants scrambled to crack down on his baseless claims about the US presidential elections amid riots in the capital.

Twitter hid and required the removal of three of Trump's tweets "as a result of the unprecedented and ongoing violent situation in Washington, DC," after pro-Trump protesters stormed the US Capitol in an attempt to force Congress to block the appointment of President-elect Joe Biden.

One woman was shot and killed inside the Capitol building in the chaos.

Facebook later tweeted it would block Trump's page from posting for 24 hours due to two policy violations.

We've assessed two policy violations against President Trump's Page which will result in a 24-hour feature block, meaning he will lose the ability to post on the platform during that time.

Facebook and YouTube, owned by Alphabet's Google, also removed a video in which Trump continued to allege the presidential election was fraudulent even as he urged protesters to go home.

Tech companies have been under pressure to police misinformation on their platforms around the US election, including through calls by users on Wednesday for major platforms to suspend Trump's accounts.

The president and his allies have continuously spread unsubstantiated claims of election fraud that have proliferated online. Trump on Wednesday blamed Vice President Mike Pence for lacking "courage" to pursue those claims in a tweet that Twitter later took down.

A White House spokesman did not immediately respond to a request for comment.

Facebook's vice president of integrity Guy Rosen tweeted the social media company believed the president's video "contributes to rather than diminishes the risk of ongoing violence," saying the action was part of "appropriate emergency measures."

Dozens of Facebook staffers called for executives to clarify how they were handling Trump's posts, with some calling for his account to be taken down for inciting the violence at the Capitol, according to internal posts seen by Reuters.

"Can we get some courage and actual action from leadership in response to this behaviour? Your silence is disappointing at the least and criminal at worst," one employee wrote.

Internal communications managers quickly closed comments on the threads, saying in identical posts that updates would be provided but "the priority right now is actively dealing with the ongoing situation."

According to researchers and public postings, violent rhetoric and advice on weaponry ramped up significantly in the past three weeks on many social media platforms as multiple groups planned rallies for Wednesday, including Trump supporters, white nationalists and enthusiasts of the wide-ranging conspiracy theory QAnon.

Vaio to Make Comeback in India on January 15, New Laptops Teased on Flipkart Ahead of Launch