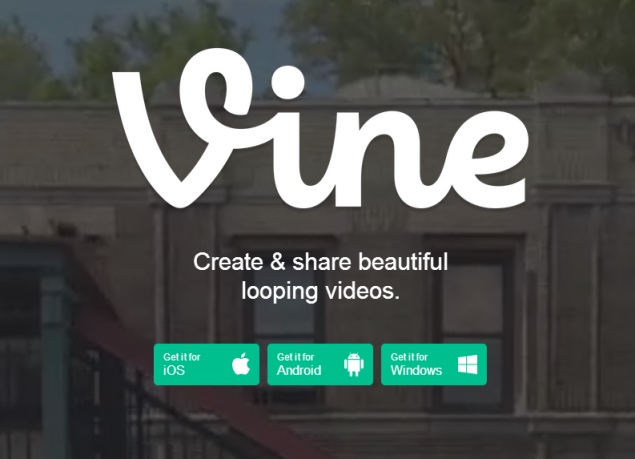 Announcing the new policy via a post titled 'A change to Vine content rules' on the Vine blog, Twitter said it found a "very small percentage of videos" that were not a "good fit" for the community, prompting the change in policy. The company said the changes will not affect 99 percent of Vine users, adding, "we don't have a problem with explicit sexual content on the Internet - we just prefer not to be the source of it."

Vine was launched by Twitter in January 2013, with an iOS app. In June 2013, it introduced the Vine app for Android, and finally brought the service to the Web in January 2014.

With the move, Twitter distances Vine from the notorious 'sexting' reputation other photo and video messaging apps such as Snapchat, Kik, and Between have built for themselves.

Twitter has put up a 'Vine explicit sexual content FAQ' page on its Help Centre, that includes a list of what's not okay to post (nudity that is sexually provocative or in sexual context), and what's acceptable (artistic or documentary depictions of nudity).

In case people violate the policy, their Vine account would be suspended, and only reactivated when the offending posts were removed. Severe or repeat violation of the new policy would result in permanent suspension, Twitter added.

Users will also be able to report Vine videos that violate the new policy by tapping the button with three dots below the post and selecting "Report this post".