Twitter Still Struggling to Grow as Rivals Race Ahead 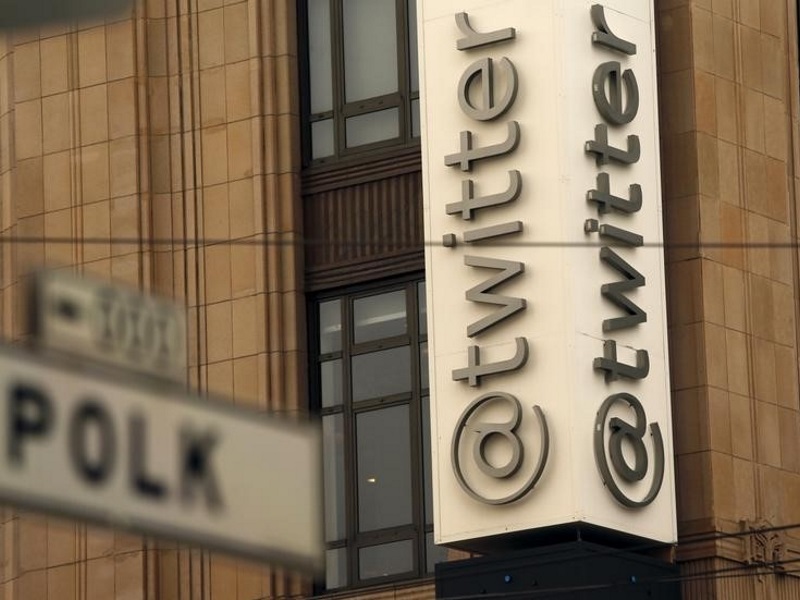 Highlights
Twitter is in danger of becoming the next Internet company forced into a desperation sale if it cannot find a way to start luring people and advertisers back to its sometimes-befuddling messaging service.

The 10-year-old company's second-quarter report, released Tuesday, provided another sobering snapshot of Twitter stuck on a treadmill, as other digital communications channels such as Facebook and Snapchat are racing ahead in the battle for people's attention and allegiance.

Twitter averaged 313 million users a month in the April-June period, a gain of just 3 million from the previous quarter. Even more telling, Twitter has added only 9 million monthly users since the San Francisco company brought back co-founder Jack Dorsey as CEO a year ago.

Dorsey has tried to shake things up by rolling out a "Moments" feature that bundles messages about current events, loosening the 140-character on tweets and showing tweets in the order most likely to appeal to each person's perceived interests, rather than a chronological fashion.

The ineffectiveness of those measures have spurred speculation that Twitter might be bought by a suitor that prizes its still-sizeable audience and the insights that its service provides into the hot topics that people are talking about around the world.

Industry analysts believe the prospect of a Twitter takeover is the main reason that the company's stock had climbed 34 percent from its all-time low of $13.73 leading into the second-quarter earnings report. The shares reversed course after the disappointing report came out, shedding $2.11, or 11 percent, to $16.34 in extended trading. Twitter's stock has lost more than half its value since Dorsey's return as CEO.

In a conference call Tuesday to discuss the quarterly results, Dorsey said he believes Twitter is building a "company and business of importance" when asked about whether selling might more sense than remaining independent.

"We're making the right decisions on our product and it gives us a foundation for future growth," Dorsey said at another point in the call.

Little or no growth often culminates in acquisitions in Internet industry.

Years of stagnation finally prodded Internet pioneer Yahoo Inc. to conduct an auction that resulted in Monday's $4.8 billion deal to sell its online operation to phone company Verizon. And a slowdown in user growth helped convince professional networking service LinkedIn to agree recently to a $26.2 billion sale to Microsoft.

The company seems to be losing its appeal to advertisers as well, likely because people aren't spending as much time reading and posting tweets.

Twitter has little hope of ever rivaling Facebook, which has nearly 1.7 billion monthly users, and now it's starting to look like it will be left in Snapchat's rear-view mirror. Started just five years ago as ephemeral messaging service, Snapchat now has 150 million people who use its app daily. Twitter doesn't break down its daily audience, but Jefferies Internet analysts peg the number at 140 million.

About three-fourths of Snapchat's users are under 34 years old, a statistic that bodes well for its future growth.

Twitter is pinning its hope for future growth largely on live video of sports and other events that tend to get people talking on its service. In its biggest deal so far, Twitter will begin streaming the National Football League's Thursday night game.

But the NFL deal or next month's Summer Olympics evidently won't help Twitter much in the current quarter, which ends in September. Twitter projected about $600 million in revenue during the period, well below the $682 million anticipated by analysts surveyed by FactSet.