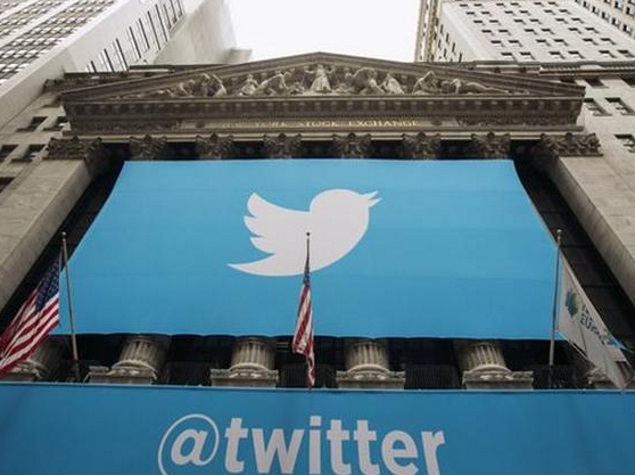 Twitter failed to add users at a quick enough pace for investors in the second quarter even as revenue grew sharply, feeding concerns about whether it can ever become a mass-market service like Facebook or Google.

The beleaguered company is searching for a permanent CEO to replace Dick Costolo, who stepped down at the beginning of this month. Co-founder and chairman Jack Dorsey is serving as interim CEO.

Dorsey said Tuesday that while the results show "good progress in monetization," the company is "not satisfied" with the growth of its audience.

On average, Twitter had 316 million monthly active users in the second quarter, up 15 percent year-over-year but up less than 3 percent from the first quarter of this year.

Twitter's finance chief, Anthony Noto, said in a conference call that the company doesn't expect to see "sustained, meaningful growth" of its user base until it reaches the mass market. He did not say when that would be, only that it would take a considerable amount of time.

While many people are familiar with Twitter, the company has not been able to convince people that they need it. Twitter also "remains too difficult to use," Noto said in the call, which was broadcast on Twitter's live-streaming service Periscope.

The assessment hammered Twitter's stock in after-hours trading. After jumping in the first minutes following the release of the earnings report, the stock did an about-face and shed more than 10 percent to $32.88.

Adjusted earnings were 7 cents per share, above the 5 cents that analysts surveyed by Zacks Investment Research had expected.

User growth has been an ongoing challenge for Twitter, as it tries to make its service a widely used product rather than a niche short-messaging service popular with journalists, celebrities and young people.

Twitter shares have increased roughly 2 percent since the beginning of the year, and have been trading near a 52-week low. They closed Tuesday at $36.54, a decline of nearly 4 percent in the last 12 months.