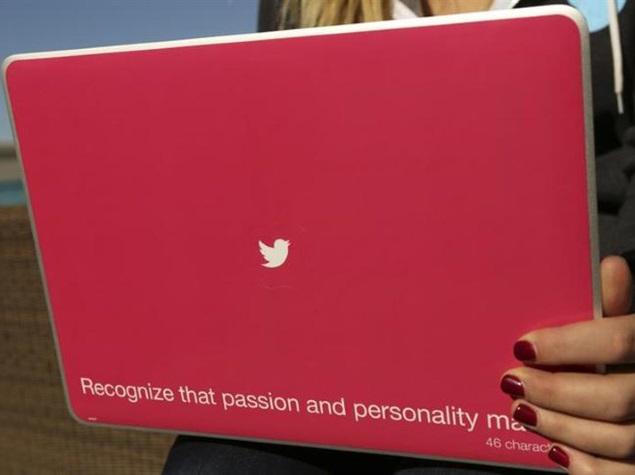 Twitter plans to open an office in Indonesia over the coming months as it seeks to boost revenues in the social-media-addicted nation, the company announced Friday.

Several market monitors have declared Jakarta as the world's most active city of tweeters. Twitter does not publicise official user numbers by country or city.

"This is of great importance to Twitter because Indonesia loves Twitter and Twitter loves Indonesia," the company's president of global revenue and partnerships, Adam Bain, told reporters in Jakarta as he made the announcement.

"In fact, when we think about the market overall, Indonesia is one of the biggest countries that are active on Twitter," Bain said.

Like many social networking platforms, Twitter is yet to turn a profit, but the San Francisco-based company's second-quarter revenues more than doubled on-year to $312 million.

The number of monthly active users surged 24 percent to 271 million globally in the same period.

Indonesia is a major market for Twitter it is the world's fourth most populous country with some 250 million people, and smartphone sales are surging as the middle class grows rapidly.

Millions access the Internet primarily through smartphones and tablets, and surveys show social media is the primary reason for using mobile devices.

Twitter's main revenue source is advertising, with big brands like Coca-Cola and Intel having promoted their products on the platform to Indonesian users.

Indonesian consumer engagement on Twitter is "extremely high", Bain said, and had "gotten the attention of the entire team back at headquarters".

Other foreign tech companies, such as BlackBerry, have rubbed up against Indonesian officials over infrastructure issues and content.

Bain said he was hopeful that Indonesia's incoming government would be welcoming, pointing to president-elect Joko Widodo's avid use of Twitter as a positive sign.

Before Widodo's run for president, he was elected Jakarta governor in 2012, a victory largely attributable to social media Widodo built a wildly popular online profile as a man of the people and diehard heavy metal fan.

Twitter's Jakarta office will be its sixth in the region, following set-ups in Tokyo, Mumbai, Sydney, Singapore and Seoul.