Twitter Makes It Easier to Grab Onto Hot 'Moments' 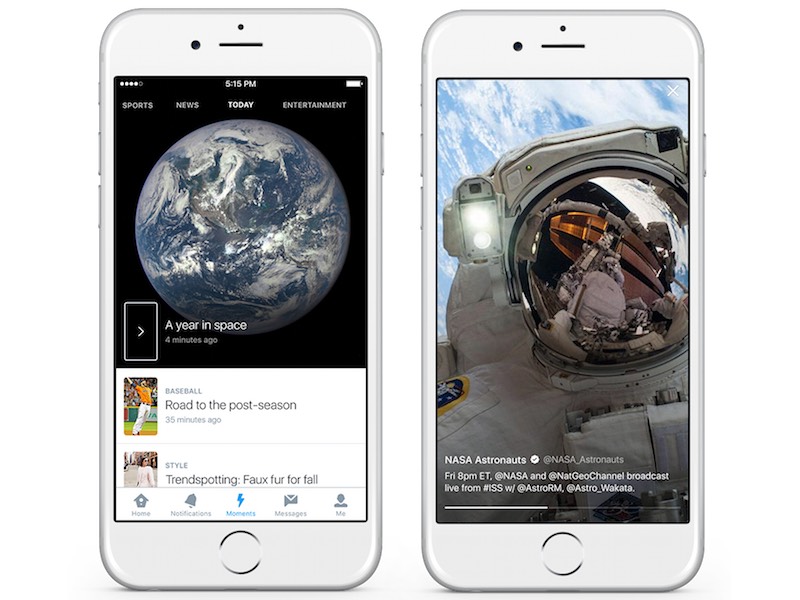 Twitter made it easier Tuesday to seize hot tweets and high-profile posts from the flood of real-time commentary at the one-to-many messaging service.

A new "Moments" feature that promised to let people quickly tune into "the best of Twitter" made its debut in the United States with a promise it would spread wider in the coming months.

Hundreds of millions of tweets are fired off daily on Twitter, among them comments from world leaders, celebrities and people in the midst of dramatic events, according to product manager Madhu Muthukumar.

"We know finding these only-on-Twitter moments can be a challenge, especially if you haven't followed certain accounts," Muthukumar said in a blog post.

"But it doesn't have to be. Moments helps you find the best of Twitter as easily as tapping an icon."

A new lightning bolt icon at Twitter takes people to lists of "moments" that promise to stand out from the maelstrom of tweets, according to Muthukumar.

Stories in the Moments list are updated throughout the day, and the feature also lets people swipe through topics such as "Entertainment" and "Sports" to find relevant tweets from previous days.

At launch, most of the offerings at Moments were selected by a Twitter curation team, but there were also contributions from partners including Getty Images, Fox News, NASA and The Washington Post.

The Moments feature was added to Twitter applications for smartphones powered by Apple or Android software and to Twitter's website accessible from desktop computers.

Evolving to thrive
Twitter is intent on implementing ways for people, especially those new to the service, to quickly and easily find riveting tweets that will keep them using the service.

Launch of the new feature came just a day after co-founder Jack Dorsey returned for a second stint as permanent chief executive at the San Francisco-based social network.

Dorsey, who had been interim CEO since June, will run Twitter while remaining chief executive of Square, the digital payments firm he founded.

Twitter quickly become a global sensation after its launch in 2006, but the social media platform's growth has slowed and it has yet to turn a profit.

Its board is likely hoping Dorsey's return will have the same winning effect on Twitter as the return of another Silicon Valley wunderkind, Steve Jobs, did for a once floundering Apple.

"Our work forward is to make Twitter easy to understand by anyone in the world, and give more utility to the people who love to use it daily!" Dorsey tweeted Monday.

Forrester analyst Nate Elliott maintained that Facebook has grown apace by offering new features and experiences at the social network, while Twitter has stagnated, looking pretty much the same as it did when it first launched a decade ago.

"It's time for Twitter to build and innovate," Elliott said.