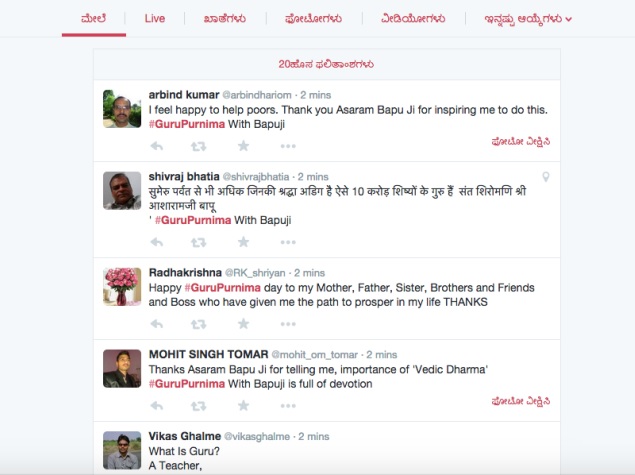 On Friday, Twitter added support for four more Indic languages. Twitter is now available in Gujarati, Kannada, Marathi, and Tamil, on the Web and on Android. This doesn't just mean that you can tweet in those languages - though of course that is one facet - but the interface has also been customised so the buttons like tweet, add picture, or add location, are shown in the local language you've selected.

According to a Twitter blog post, the translations were partially carried out by the Twitter user community, via Twitter's Translation Center, and if your language isn't supported, you can also join Twitter's translator community to contribute to ongoing efforts.

The Compose Tweet UI on mobile also shows the keyboard in the local language you've chosen, because Twitter uses your system language to make the setting on Android. On the Web, you'll also see the various headers of text around the screen shown in your selected language. With these four new Indic languages added, the total Indian language support for Twitter up to six Indic languages - both Hindi and Bengali have been supported for over a year now.

In the Web interface, the Settings menu in the profile tab allows you to choose between languages; it's simple to do and changes all the different text elements to your language of choice. Android users need not change the settings in the app - if your phone's system language is among the six supported Indic languages, then Twitter will automatically change the language settings to match your phone's settings. This makes it even easier to switch to using Twitter in your native language, as no additional settings are necessary.