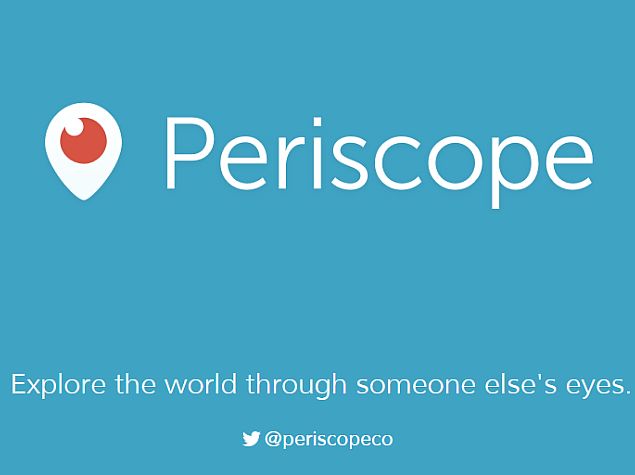 The live video streaming app in a tweet confirmed the news and also revealed that it joined Twitter back in January, which is in-line with an earlier report that stressed that the deal was closed for weeks. Periscope said, "You may have heard some news: It involves a blue bird." The post accompanied by several hashtags added that it joined Twitter in January. Interestingly, Twitter directly never announced the acquisition; though it retweeted Periscope's tweet about acquisition.

Kevin Weil, VP of Product at Twitter, in another tweet welcomed Periscope to Twitter. He said, "Excited to officially welcome @periscopeco to the Twitter team. Can't wait for everyone to see what they've built!"

Periscope alongside also revealed plans to expand its beta program and added, "You'll be hearing more from us soon! We're gradually expanding our beta, which you can sign up for here: periscope.tv".

TechCrunch in a report explained how the Periscope live video streaming app will work once released, and said, "When you open Periscope, you can see live broadcasts happening now or watch recently recorded ones. Periscope will allow both public and private broadcasts. You'll be able to blast out a link to your stream to Twitter and have it show up on the Periscope home screen, or alternatively privately invite a few friends to watch."

A recent report even speculated about the possible acquisition of Meerkat, due to its recent popularity, by Twitter alongside Periscope. Twitter earlier this month allowed video embed for tweets and embeddable video widget for websites.