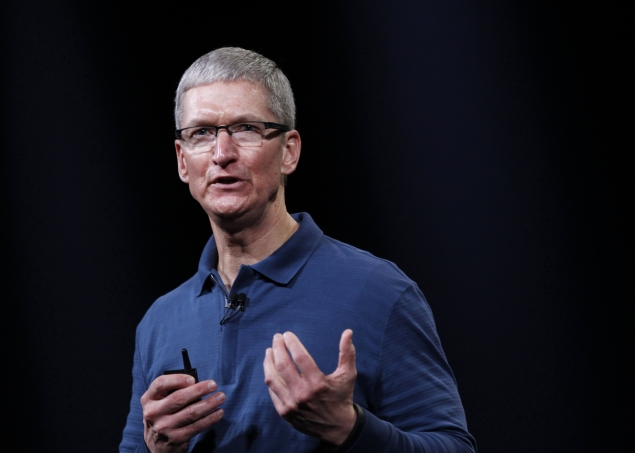 In his first tweet, Cook described his visit to customers waiting for iPhones near the company's headquarters.

"Visited Retail Stores in Palo Alto today. Seeing so many happy customers reminds us of why we do what we do," he wrote.

Visited Retail Stores in Palo Alto today. Seeing so many happy customers reminds us of why we do what we do.

The account, featuring a photographic portrait of Cook against a black background, bore the one-to-many microblogging service's standard blue check mark meaning it has been officially confirmed by Twitter.

Cook identified himself as "CEO Apple" and a "Fan of Auburn football and Duke basketball" from Cupertino, California.

And he snapped up a huge following very quickly.

Within just hours of joining the service, Cook had already scored more than 92,000 followers.

And the company also launched the Twitter account @iTunes this week as it unveiled iOS 7, the operating system for the iPhone, iPad and iPod Touch.

Apple is releasing the iPhone 5S, and the lower price 5C this week. While customers in the United States can get the iPhone 5C for $100 with a carrier contract, the unsubsidised price is $549 in the US and higher elsewhere.
Comments