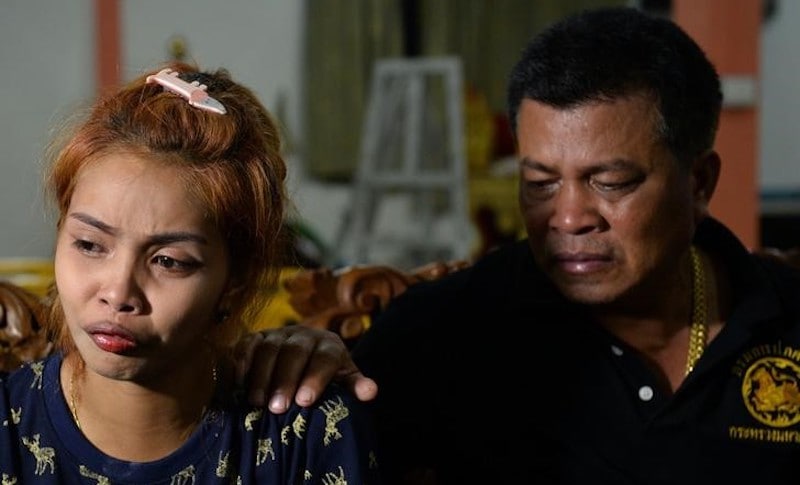 Police in Thailand on Wednesday said they would discuss how to expedite taking down "inappropriate online content" after a man broadcast himself killing his 11-month-old daughter in a live video on Facebook.

Two videos, which were available for nearly 24 hours before they were taken down, show Wuttisan Wongtalay hanging his daughter from a building on the southern Thai island of Phuket on Monday before he turned off the camera and killed himself.

It was not immediately clear how authorities plan to speed things up.

Police had asked the Ministry of Digital Economy to contact Facebook about removing the videos. The ministry in turn contacted Facebook on Tuesday and the videos were taken down at around 5pm in Bangkok that day, nearly a day after they had been uploaded.

Google said the video was also on YouTube and it was taken down within 15 minutes of being informed of it by the BBC.

The videos, which drew nearly half a million views before they were taken down, sparked outrage among netizens and prompted questions about how Facebook's reporting system works and how violent content can be flagged faster.

The case is the latest in a string of violent crimes that have plagued Facebook despite making up a small percentage of videos. On Tuesday a Swedish court jailed three men for the rape of a woman that was broadcast live on Facebook.

Last week, Facebook said it was reviewing how it monitored violent footage and other objectionable material after a posting of the fatal shooting of a man in Cleveland, Ohio was visible for two hours before being taken down.

What took so long?
Some are asking what took authorities in Thailand so long to act.

Kissana blamed the delay partly on the time difference between the United States, where Facebook is headquartered, and Thailand.

"We did the best we could but there's the time difference issue because Facebook is headquartered in San Francisco," Kissana said, without elaborating.

He said Thai police currently have two ways of being alerted about disturbing content: monitoring by a dedicated technology crime suppression division or a tip-off from the public using police hotlines.

A cousin of the baby's mother told Reuters the family was too traumatised to think about removing the video from Facebook.

"We didn't think about removing the video because all we wanted to do at the time was find them [the father and baby] first," said Suksan Buachanit, 29.

Thailand's digital ministry said it would review how it handles similar cases in the future.

"We will take this as a lesson and come up with a solution ... but this is not something we can do immediately," ministry spokesman Somsak Khaosuwan told Reuters.

Police said the killing was the first in Thailand known to have been broadcast on Facebook. They said the crime was driven by jealousy because Wuttisan was afraid his wife would leave him for another man.

Thailand's health ministry said it records on average 1-2 suicide videos a month that are posted to social media, including YouTube and Facebook.

Thailand has a technology crime suppression police division, which handles inappropriate content and computer crimes that are insulting to the monarchy.

The country's strict lese majeste law makes it a crime to defame, insult or threaten the king, queen, heir to the throne or regent. Each offence is punishable with a jail term of up to 15 years.

Thailand has increased its use of the law since the royalist military seized power in 2014.

EU Lawmakers Include Spotify and iTunes in Geoblocking Ban