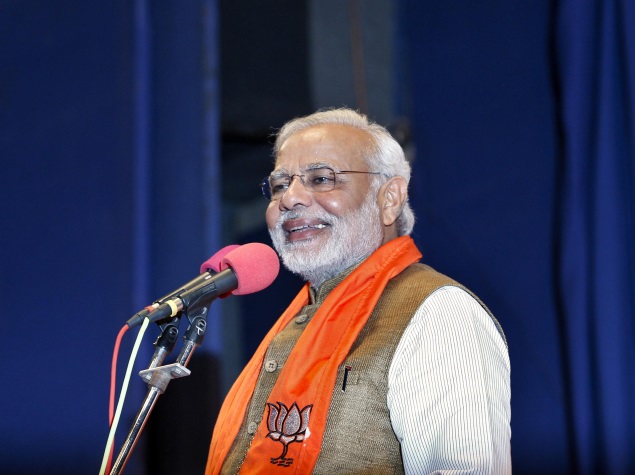 Prime Minister Narendra Modi Thursday said his meeting with Facebook Chief Operating Officer Sheryl Sandberg was "very fruitful" as they discussed ways to use this platform for governance and better interaction between the people and governments.

"Had a very fruitful meeting with Sheryl Sandberg. She pointed out that India is a very important country for Facebook, considering the high number of active Facebook users in India," the prime minister said in his Facebook post.

"We intend to commemorate Mahatma Gandhi's 150th birth anniversary year with a special focus on cleanliness and I spoke to Ms Sandberg on how Facebook can assist us in this endeavour," Modi posted.

Modi is the second most popular politician on Facebook, with over 18 million friends.

Both Modi and Sandberg posted pictures of their meeting on their respective Facebook pages.

Modi is an avid social networking and microblogging site user.

Twitter on Wednesday said Narendra Modi has permitted it unprecedented access to his administration in a drive to put social media at the heart of government. Modi had deployed an army of supporters over Twitter and Facebook during his successful election campaign. He has put both the microblogging site and Facebook at the centre of his government's media and research strategies since taking office a month ago and has asked ministers and lawmakers to follow suit.

The micro-blogging site has been given direct access to ministers and their staff, advising them on social media usage, as well as organising workshops to train ambassadors and other diplomats, said Raheel Khursheed, head of news, politics and government at Twitter India. He said the level of interaction between the company and the new government was "unmatched" globally.