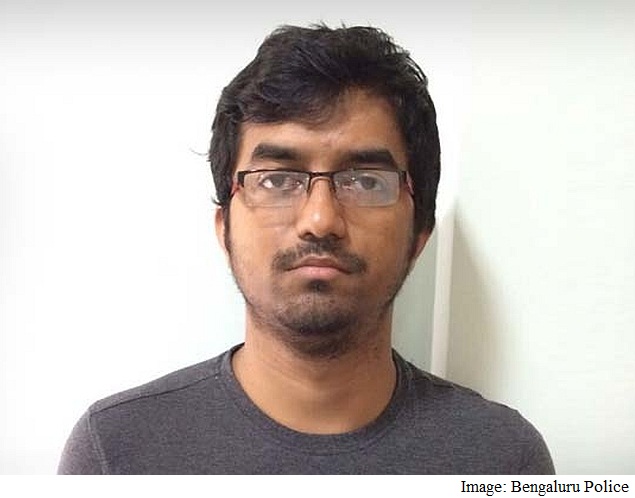 Indian police on Saturday arrested a 24-year-old believed to be the handler of an influential Twitter account supporting the Islamic State group, officials said.

Mehdi Masroor Biswas, who works for an Indian food conglomerate in the southern city of Bengaluru, is alleged to be behind the Twitter account @ShamiWitness.

The account had 17,700 followers, including many foreigners fighting for the Islamic State group in Syria and Iraq, until it was shut down following a report by Britain's Channel 4 News on Thursday.

Tweets from @ShamiWitness contained jihadist propaganda as well as information for would-be recruits and messages praising fallen fighters as martyrs.

Police in Bengaluru raided his house in an upscale suburb early Saturday and seized his mobile phone, laptop and other documents for evidence.

"On the basis of credible intelligence inputs... we have apprehended Mehdi Masroor Biswas from his rented one-room apartment," Karnataka Police Director General L.R. Pachuau said at a news conference.

"He has confessed to the fact that he was operating Shami Witness Twitter account for the last many years... he used to work in the office in the day and became active on the Internet late at night," he said.

India's moderate population of 150 million Muslims have not often been drawn into sectarian conflicts in the Middle East and elsewhere.

However, an Indian student was recently charged with terror-related offences after he returned home from Iraq where he is alleged to have worked for the jihadists.

Source of information
Pachuau said Biswas used to tweet "ferociously" after gathering information from TV and news websites on the situation in Iraq, Syria and the rest of the troubled region.

Biswas was "particularly close to English speaking terrorists" and had become a source of "incitement and information" for youngsters trying to join the IS group.

"Through his social media propaganda, he abetted IS in its agenda to wage war against the Asiatic powers," Pachuau said.

A preliminary case of abetting war against the state has been registered against Biswas.

The Channel 4 report quoted Biswas as saying that he had personally not joined IS ranks in Iraq and Syria because his family was financially dependent on him.

"If I had a chance to leave everything and join them I might have," he was quoted as saying.

The British channel said he shared jokes, funny images and talked about superhero movies on his Facebook page. He also used to post pictures of pizza dinners with friends and parties at work.

However, in an interview to the Indian Express newspaper published Saturday Biswas said his claims to Channel 4 were meant to get the television reporter off his back.

"When Channel 4 called me first and asked if @ShamiWitness was my Twitter handle, I did not oppose it... my outright rejection would not have convinced them. I therefore decided to admit that I was indeed @ShamiWitness in the hope that they would not air the programme," Biswas told the newspaper.

The IS militant group has made extensive use of social media for propaganda and recruitment, and has also used the outlets to disseminate grisly execution videos.