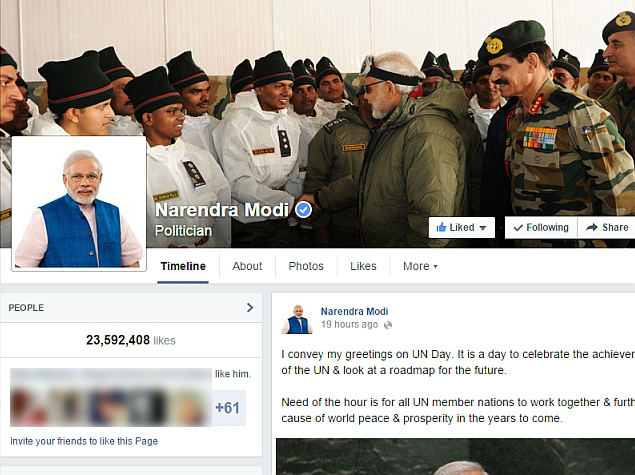 The Prime Minister's Office on Friday suggested that a 'Dhanteras' photo used on Prime Minister Narendra Modi's Facebook page was publicly available and there was no need to take permission of the photographer.

PMO sources said this in the wake of claims that the photograph was protected by US Copyright law.

The photograph has been used on several websites, including that of the Australian government, the sources said.

The photo was sent by a creative agency which has clarified that it was available on prominent and legitimate websites which offer the option of downloading it for free, the sources said.

The sources pointed out that the picture of 'diyas' (earthen lamps) was used to extend wishes to Modi's online followers and not to make any profit.

As soon as the issue came up, officials of the PMO contacted the photographer by email and requested him to share the original image so that he can be acknowledged for his work. But the photographer is yet to respond to the suggestion, the sources said.

The Prime Minister's social media presence has always been interactive and he makes it a point to take names of people for their suggestions and contributions, they said.

The photographer has said that the photo used on PM's Facebook page is the same that he has clicked. He has reportedly claimed credit and compensation for the picture.