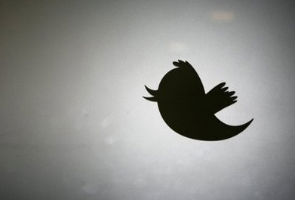 Highlights
Twitter is becoming the place for parody with a cast of characters that includes an elusive cobra, a tipsy Queen of England, a profanity-spewing US politician and a maladroit BP spokesman.

The latest entry in the Twitter comedy sweepstakes was @BronxZoosCobra, a Twitter feed which purported to be that of the Bronx Zoo's escaped Egyptian cobra that amassed more than 200,000 followers in less than four days.

The venomous snake may have been captured in the Reptile House on Thursday but not before delighting its legions of followers with its adventures in New York City and its witty tweets.

"Leaving Wall Street. These guys make my skin crawl," the snake hissed on one of its first days of freedom.

Continuing its tour of the Big Apple, @BronxZoosCobra reported it was "On top of the Empire State Building! All the people look like little mice down there. Delicious little mice."

For doubters in the Twitter sphere, it provided an explanation on just how a serpent tweets.
"A lot of people are asking how I can tweet with no access to a computer or fingers," @BronxZoosCobra said. "Ever heard of an iPhone? Duh."

Among the many followers of the tweeting cobra was New York Mayor Michael Bloomberg, who referred to the snake on his @MikeBloomberg Twitter account on Wednesday.

"Today President Obama and I toured NYC's Museum of Natural History. We saw a 94 foot whale, but not @BronxZoosCobra," Bloomberg said.

The @BronxZoosCobra also spawned a host of other Twitter accounts including one from a honey badger at the Bronx Zoo -- @BronxZooHBadger -- which claimed to be stalking @BronxZoosCobra around the city.

There are scores of accounts impersonating celebrities and politicians, some, deservedly, with only dozens of followers while others have tens of thousands.

An account that has drawn more than 161,000 fans is @Queen_UK, which affectionately pokes fun at the Queen of England, portraying her as a benevolent leader with a taste for gin.

In between lampooning Britain's politicians and the weather, she also targets England's traditional rivals, the French.

"Sarkozy on the phone. He's sent two planes to Libya to assist in the evacuation. Good of him to make the entire French Airforce available," she tweeted recently.

On a rare sunny day in London, shefired off: "In celebration of British sunshine, one is declaring an early Gin O'Clock. Home time boys and girls."

While @Queen_UK is unfailingly genteel, on the other side of the Atlantic is @MayorEmanuel, the parody account of famously foul-mouthed Rahm Emanuel, the former White House chief of staff who was elected mayor of Chicago in February.

Virtually every tweet in the @MayorEmanuel account was punctuated by an expletive or two and the feed drew nearly 50,000 followers until the author outed himself the day after the election and shut it down.

The real Rahm Emanuel confessed tobeing a fan of his imitator even if his own much less colorful Twitter account -- @RahmEmanuel -- was followed by far fewer people.

One of the earliest and cleverest parody accounts on Twitter was @BPGlobalPR, which claimed to be British Petroleum's public relations department during last year's massive oil spill in the Gulf of Mexico.

It relentlessly parodied BP's efforts to spin the disaster with tweets dripping with satire.

"Please do NOT take or clean any oil you find on the beach. That is the property of British Petroleum and we WILL sue you," said one.

"Thousands of people are attacked by sea creatures every year. We at BP are dedicated to bringing that number down. You're welcome!" said another.
Comments