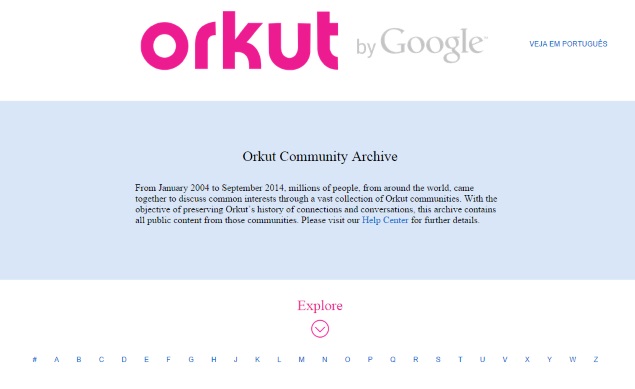 While aficionados concentrate on writing the eulogy for Orkut, one of the most popular social networking websites just a few years ago, its owner Google has gone ahead and removed it from the Internet. The URL www.orkut.com now redirects to Google's home page.

The search engine's first foray into social networking was with the introduction of Orkut more than 10 years ago. The service was named after its creator, also a Google employee, Orkut Buyukkokten. On June 30, Google had announced that it would be shutting down Orkut, once widely popular in India and Brazil, for good on September 30.

(Also see: How to Download Your Orkut Scraps, Testimonials and Photos)

In a blog post, Google had said, "Over the past decade, YouTube, Blogger and Google+ have taken off, with communities springing up in every corner of the world. Because the growth of these communities has outpaced Orkut's growth, we've decided to bid Orkut farewell."

Up until yesterday, users of the late social networking website could export their photos on the website to Google+, incidentally Google's current attempt at riding the social media bubble. Moreover, users could also download Orkut profile, scraps, testimonials, community posts and also photos to their computer of choice via Google Takeout. In case you haven't done that yet, you are mostly out of luck now.

Interestingly, both Orkut and Facebook were started in 2004. While Facebook is still widely popular, Orkut started losing its mojo a few years ago. Google tried its hand at social networking once again with Buzz, which tanked gloriously. Now, Google's only hope is Google+.