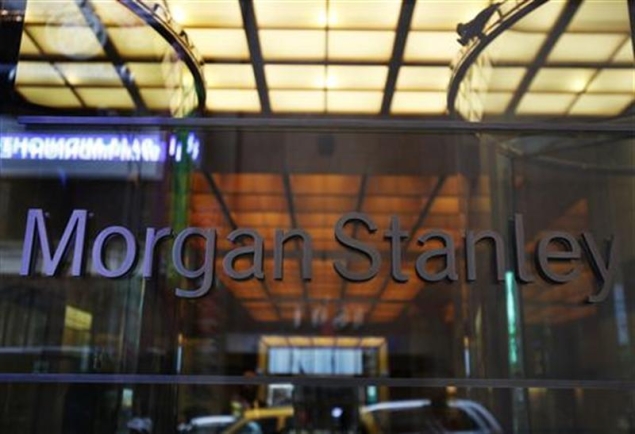 Morgan Stanley, the lead underwriter for Facebook Inc's initial public offering, will pay a $5 million fine to Massachusetts for violating securities laws governing how investment research can be distributed.

Morgan Stanley has faced criticism since Facebook went public in May for revealing revised earnings and revenue forecasts to select clients before the media company's $16 billion initial public offering.

This is the first time a case stemming from Morgan Stanley's handling of the Facebook offering has been settled.

Facebook had privately told Wall Street research analysts about softer forecasts because of less robust mobile revenues. A top Morgan Stanley banker coached Facebook executives on how to get the message out, Galvin said.

A Morgan Stanley spokeswoman said on Monday the company is "pleased to have reached a settlement" and that it is "committed to robust compliance with both the letter and the spirit of all applicable regulations and laws." The company neither admitted nor denied any wrongdoing.

Galvin, who has been aggressive in policing how research is distributed on Wall Street ever since investment banks reached a global settlement in 2003, said the bank violated that settlement. He fined Citigroup $2 million over similar charges in late October.

"The conduct at Morgan Stanley was more egregious," he said in an interview explaining the amount of the fine. "With it we will get their attention and begin to take steps in restoring some confidence for retail investors to invest."

Galvin also said that his months-long investigation into the Facebook IPO is far from over and that he continues to review the other banks involved. Goldman Sachs and JP Morgan also acted as underwriters. The underwriting fee for all underwriters was reported to be $176 million at the time, or 1.1 percent of the proceeds.

As lead underwriter, Morgan Stanley took in $68 million in fees from the IPO, according to a Thomson Reuters estimate.

Massachusetts did not name the Morgan Stanley banker in its documents but personal information detailed in the matter suggest it is Michael Grimes, a top technology banker who was instrumental in the Facebook IPO.

The report says the unnamed banker joined Morgan Stanley in 1995 and became a managing director in 1998, dates that correlate with Grimes' career at the firm. It also says the banker works in Morgan Stanley's Menlo Park, California, office, where Grimes also works.

Grimes did not immediately respond to a request for comment, and was not accused of any wrongdoing by name.

The state said the banker helped a Facebook executive release new information and then guided the executive on how to speak with Wall Street analysts about it. The banker, Galvin said, rehearsed with Facebook's Treasurer and wrote the bulk of the script Facebook's Treasurer used when calling the research analysts.

A number of Wall Street analysts cut their growth estimates for Facebook in the days before the IPO after the company filed an amended prospectus.

The banker "was not allowed to call research analysts himself, so he did everything he could to ensure research analysts received new revenue numbers which they then provided to institutional investors," Galvin said.

Galvin's consent order also says that the banker spoke with company lawyers and then to Facebook's chief financial officer about how to prove an update "without creating the appearance of not providing the underlying trend information to all investors."