Merkel Says Facebook Needs to Do More Against Racist Posts 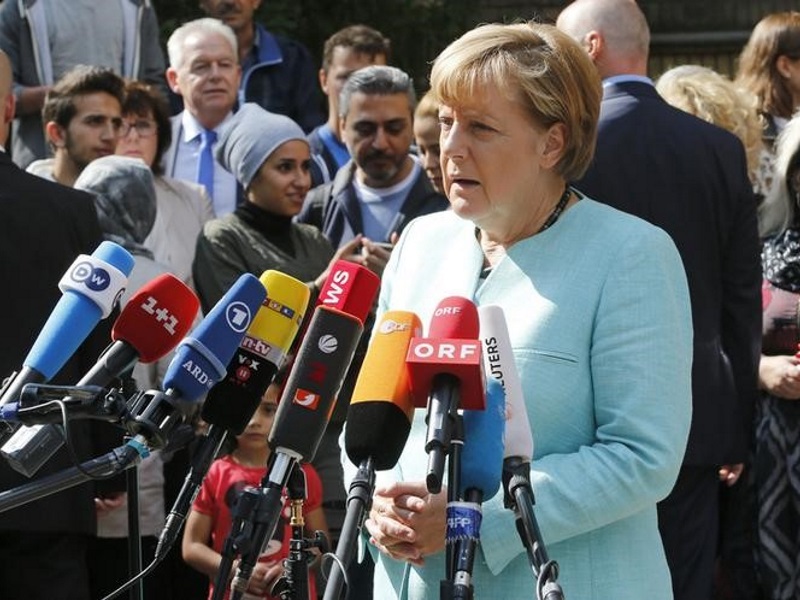 German Chancellor Angela Merkel urged Facebook to do more against racist comments and hate posts, in comments due to be published in a regional newspaper on Friday.

Germany is expecting a record-breaking influx of refugees this year. Politicians and celebrities have voiced concern about a rise of xenophobic comments in German on Facebook and other social media platforms because of the refugee crisis.

"When people stir up sedition on social networks using their real name, it's not only the state that has to act, but also Facebook as a company should do something against these paroles," Merkel told regional newspaper Rheinische Post.

She said Facebook already had the necessary code of conduct, but there was a lack of control and enforcement. "The rules need to be implemented," Merkel said.

The Rheinische Post newspaper is published in Germany's most populous state North Rhine-Westphalia which is obliged to take around a fifth of all refugees coming to the country.

Maas sent a letter to Facebook public policy director Richard Allan in Dublin saying he received many complaints from users that their protests on racist posts have been ignored. He suggested a meeting in Berlin on Sept. 14.

A spokeswoman for Facebook has said the company took Maas's concerns seriously and the company was interested in meeting the justice minister.

A spokesman for the Justice Ministry could not be reached late on Thursday to confirm if the meeting will take place.