Mark Zuckerberg On Teaching His Child How To Type: 'Test of Patience' 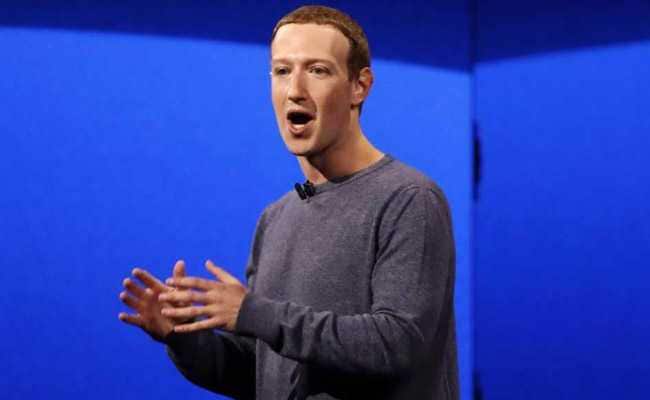 Mark Zuckerberg posted a photo of his daughter learning to code using the Kano Code app, but also joked that teaching his child to type was one of the greatest tests of his patience. The pandemic and the consequent need to stay locked indoors for copious amounts of time has led parents with young children to come up with innovative ways to keep them engaged and stimulated. Facebook CEO Mark Zuckerberg tried teaching his child how to type on a computer keyboard, and wrote that he felt like he is “just going to lose it”.

On June 4, Zuckerberg shared a photo on Facebook of his daughter learning coding. He captioned it, “Kano is pretty awesome for teaching kids to code”, and added in the comments that teaching his child how to type was “one of the greatest tests of patience” he has ever gone through.

He then proceeded to describe how his younger daughter, August, types, managing to write only one to two words in a minute, adding how impatient it makes him: “When she gets a few letters into a word and then makes a mistake and accidentally presses delete three times instead of once and then has to retype the whole word, I feel like I'm just going to lose it.”

The comments underneath his post ranged from parents sharing the joys of teaching their children how to code, to them delightfully asking him to keep at it.

One user, Ajay Lobo, asked if a “second Mark Zuckerberg” was coming up. The user wrote, “Wow, she is making second Facebook,” and added, “The coding is very difficult, but she is doing like a pro.”

A second user, Jennifer Sprague, said, “My grandson is 10 and is learning how to code as well. He already created his own game last year. Kids are amazing.”

Another user, Ibrahim Gambo, said “that is parenting” and added, “More patience your way as August grows and learns.”

However, there were also followers who felt the kid was too young to use a computer. While Aninda Chowdhury wrote, “It's certainly not healthy for little kids to use computers and phones from such an early age!”, Angela Druda Glover commented, “Kids should be playing outside and learn about nature. They can learn to code later.”

Many other users remarked on how cute the Elsa sticker was on his laptop.

The post was shared more than 14,000 times and received around 78,000 likes in just a couple of days. Well, even for the CEO of Facebook, the challenges of parenting remain the same as those across the world. Do you have a similar experience teaching your child or young sibling how to type? Let us know in the comments.