Looking for Love on the Web, as It Experiments With You 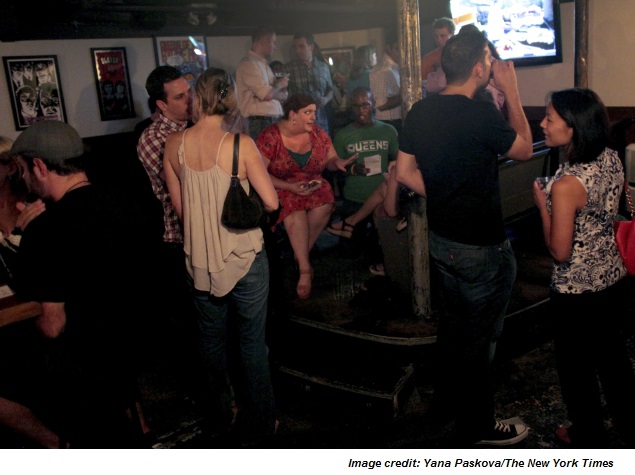 Love is not blind, as it turns out. But opposites attract when people think they are similar.

These are two findings about the users of OKCupid, one of the Web's most popular dating sites, that provide a window into how we chase romantic partners in the digital age.

At the same time, the results offer yet another example of how websites like OkCupid are sometimes used as social science laboratories - often without telling their subjects.

In June, Facebook disclosed that it had tested to see if emotions were contagious, deliberately manipulating the emotional content of the news feeds for 700,000 people. After the disclosure led to an uproar by users, privacy regulators in Europe began looking into whether the social network had broken any local laws.

Despite the bad publicity faced by Facebook, OKCupid on Monday published results of three experiments it recently conducted on users. In one test, it obscured profile pictures. In another, the site hid profile text to see how it affected personality ratings. And in a third, it told some hopeful daters that they were a better or worse potential match with someone than the company's software actually determined.

"If you use the Internet, you're the subject of hundreds of experiments at any given time, on every site," Christian Rudder, president of OKCupid, wrote on the company's blog. "That's how websites work."

The research found that if an OKCupid user was told that another user had a high compatibility score instead of a low one - the numbers are based on a mathematical formula created by the company - the user was slightly more likely to reach out with a message. Those who believed they were corresponding with a good match were almost twice as likely to send at least four messages compared with people who were told they were a low match.

The test also illustrates how easy it is for a website to manipulate users without their knowing. The small number of users who received changed compatibility scores, some to 90 percent from 30 percent, were not told about the change before the experiment began. After the test ended, OKCupid sent emails revealing the true compatibility scores.

"I understand that that experimentation is part of the process," said Zaz Harris, 37, a user of the site from Redwood City, California. "But I do think that experiment is a lot more invasive than the others because it could affect outcomes in a meaningful way."

She added: "I would probably never see someone that the site said was a 30 percent match when we were actually 90 percent, so that is not cool, really."

Harris said, however, that her expectations for online dating were low regardless of percentages displayed. If the experiment was short-lived and produced better matchmaking, she said, "It's not that big a deal."

OKCupid's user agreement says that when a person signs up for the site, personal data may be used in research and analysis.

It is not known how many of these manipulated matches may have turned into real-life dates, and the data suggest that the highest rate of communication happened between people who were good matches and were told they were good matches.

Mikolaj Jan Piskorski, a professor of social strategy at the International Institute for Management Development in Switzerland, said the sort of so-called randomized experiments conducted by OKCupid and Facebook were "critical but always ethically hard."

He likened them to medical experiments where some participants in a study received a placebo they believed was a drug that might improve their health. "Social science is becoming subject to the same problems," Piskorski said in an email interview.

He recommended that sites use so-called "natural experiments" - that is, observational studies that occur naturally, and from which data can be gleaned.

In the other two experiments described on Monday, OKCupid said users were more likely to equate "looks" with "personality," even in profiles that featured attractive photos and little if any substantive profile information.

And, it said, when the site obscured all profile photos one day, users engaged in more meaningful conversations, exchanged more contact details and responded to first messages more often. They got to know each other. But when pictures were reintroduced on the site, many of those conversations stopped cold.

"It was like we'd turned on the bright lights at the bar at midnight," Rudder wrote.

But while appearance matters as a rule, there seem to be exceptions. When people went on truly blind dates that they set up using a companion app with no photos, their enjoyment of the dates was less influenced by looks.

In other words, maybe love can be blind, if you let it be.