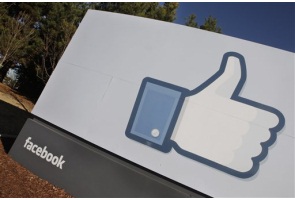 Back in August Facebook had announced that it had 955 million active monthly users as of June 30, up 29 percent from a year earlier. Bit it also estimated that as many as 8.7 percent of those accounts, or a tad over 83 million, are fake.

More recently, there were reports of Facebook making 'efforts' to weed out fake profiles that are being created by computer programs, which are used for inflating the number of "likes" on a Facebook page for a brand.

In that respect, The Next Web makes an interesting observation. The tech blog reports that when a Facebook user sends a link to a Web page through a private Facebook message, that Web page will get not one but two extra "Likes," if it is a Facebook-"Like"-able Web page.

The site stumbled upon a YouTube video (now deleted) on Hacker News posted by Polish start-up Killswitch.me that clearly showed how sending a private Facebook message containing a link to a page increased the counter on that page by two "Likes".

Considering whether or not the two Likes was a bug, Facebook issued a statement saying:

"We did recently find a bug with our social plugins where at times the count for the share or like goes up by two, and we are working on fix to solve the issue now. To be clear, this only affects social plugins off of Facebook and is not related to Facebook page likes. This bug does not impact the user experience with messages or what appears on their timelines."

The blog thus simplified it to state that Facebook is keeping an eye on your private messages for URLs that have Like buttons and should be increased. The Next Web further pointed out that the Like button entry on the Facebook Developers page states that the number shown on Like buttons on other websites is a total of likes of that URL, shares of that URL, likes and comments on Facebook stories about that URL and inbox messages containing that URL as an attachment.

So the question is, how big a deal is it and does it invade Facebook user privacy? Probably not - and here's why. That "Like" is only added to the page's counter. It does not reveal who added the Like. If you do not reveal something said or shared in private to others, you are not invading their privacy. Here's how Facebook clarified on the issue:

Absolutely no private information has been exposed and Facebook is not automatically Liking any Facebook Pages on a user's behalf. Many websites that use Facebook's Like, Recommend, or Share buttons also carry a counter next to them. This counter reflects the number of times people have clicked those buttons and also the number of times people have shared that page's link on Facebook. When the count is increased via shares over private messages, no user information is exchanged, and privacy settings of content are unaffected. Links shared through messages do not affect the Like count on Facebook Pages.

Facebook isn't going to be axed for this move for the simple reason that email providers like Gmail scan user emails all the time. It does so to show relevant ads, fight spam, and slow down viruses. What Facebook is doing is just adopting one of the many services of tracking the popularity of Webpages. While Google has a list of trends. The New York Times keeps a track of most emailed stories.

Facebook issued an updated statement to The Next Web giving further clarification:

Our systems parse the URL being shared in order to render the appropriate preview, and to also ensure that the message is not spam.

What Facebook is likely more concerned about is why the Like count is increased by two instead of one, and said it will investigate the bug.