Is Google+ a better home for your photos than Facebook? 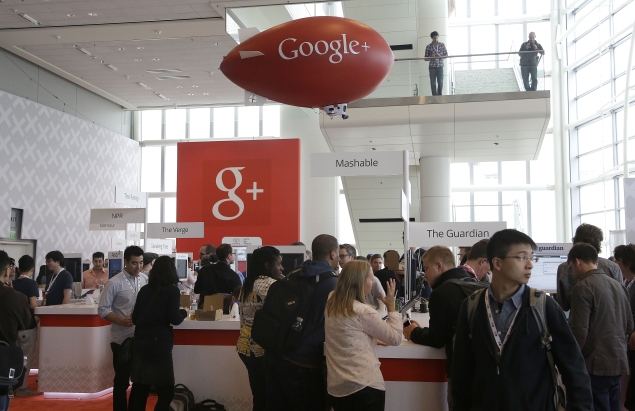 It can take months, even years, for me to share photos from a trip. The more shots I take, the more I dread going through them to delete bad shots and perform tweaks such as brightening dark shots.

So I was intrigued when Google promised to automate much of this photo editing as part of enhancements to its Google Plus social network.

You simply upload a batch of photos and Google will try to highlight the best ones and make them look their best. As a bonus, Google will turn a series of successive snapshots into an animation and stitch overlapping photos into a panoramic image. The original images are preserved, but hidden away.

I started my test by manually going through 270 photos taken during a spring weekend trip to Providence. I kept and tweaked 107 of them, mostly by cropping out distractions and adjusting brightness and contrast. I then chose 38 of the best to include in a photo album.

After that, I uploaded all 270 of the originals to see if Google would make the same creative choices I had. To try out other aspects of Google's tools, I also added a selection of shots from trips over the past year to Baltimore and Thailand and photos of Space Shuttle Enterprise's final journey last year atop a modified Boeing 747.

Google did a decent job for a virtual photo editor, but I'm not ready to cede creative control quite yet. It brightened shots of Edgar Allan Poe's gravesite, which I had purposely shot dark to appear more eerie. More importantly, the automated tools don't include cropping.

Family and friends will simply have to wait until I have a chance to manually go through the photos.

Most people aren't as meticulous as I am with photos, though. They'll probably be fine letting Google's tools take over. I've seen hundreds of horrible shots posted by others on Facebook over the years. I can only imagine how much better my Facebook feed would appear if Facebook had similar tools.

Unfortunately, Google makes the tools available only through its Plus social network. You can't download software or go to a separate website to run your photos there. You can only upload them on Google Plus. To get them on Facebook, you'd need to download the adjusted images and upload those to Facebook.

It's a shame Google didn't make these tools part of its free photo-editing software, Picasa. That would have made it easier to take the photos wherever I want.

But I understand the reasons for the limitation: Google is trying to give people more reasons to use its Plus service over Facebook. Google also says that its backend computers are more powerful than your own machine, so your photos will look better when you let Google do all the work over the Internet.

To use it, you simply upload photos, the way you normally would on Google Plus. You can drag photos from your computer into an "Upload Photos" box. You can also have your iPhone or Android device automatically upload shots.

You have the option of storing the original, full-resolution versions of your photos using Google Drive, but doing so will quickly eat up your 15 gigabytes of free storage. More storage will cost you $5 a month per 100 gigabytes. By default, Google Plus will shrink photos you upload from computers to about 3 megapixels - adequate for the Web, but not for huge prints. Google Drive doesn't count these smaller photos on Google Plus toward your allotment, so you can upload as many as you like. Google Plus accepts a range of photo formats, including the RAW formats for leading camera manufacturers.

If you leave the Auto Enhance feature on, Google enhances your photos one by one. It's similar to applying a filter on Instagram, but you don't get to choose a specific look such as retro or black and white. Rather, Google will try to enrich some of the colors and give images more contrast so that subjects and other elements stand out. Grass appears greener in many shots, for instance. (Many of these enhancements violate policies at many news organizations, but these are personal photos for friends and family.)

Google's Picasa editing software for Windows and Mac computers lets you easily enhance photos by pressing an "I'm Feeling Lucky" button. Many photos come out better using the Google Plus tools, though. The company says that's because its backend servers have more power. In a shot of one teenager cooking, Google Plus lightened the top and darkened the bottom, whereas Picasa lightened everything uniformly.

But there are times Google Plus lightened shots too much, washing away skin tone and color on a Canadian flag. You can revert to the original or make additional changes manually. That includes cropping.

Soon after the photos finish uploading, Google will show you a selection under "Highlights." You can click on the album to view all images. It's supposed to automatically pare down duplicates and blurry images and focus on shots of people and places most meaningful to you - determined partly by who's in your social circle and whom you've shared photo albums with in the past.

Google picked only 15 of the 38 shots I had selected for my photo album. It then padded the highlights with dozens of questionable shots, including ones I had deleted because they were blurry. Google successfully removed several shots that looked similar, but there was still too much duplication.

If you're not happy with the selections, you can remove specific photos or add something Google overlooked before you make them public.

Meanwhile, Google will create new images and animation from your existing ones using a set of tools it terms Auto Awesome. I indeed found it awesome that Google combined five successive shots of a young girl on a swing into a video. Likewise, it animated five shots of a pet snake eating a mouse. Google stitched together three shots of a beach in Krabi, Thailand, into a panoramic image of the entire beach.

It's possible to download these files to display elsewhere, but Google prefers that you stay on Google Plus. You can share just the highlights or entire albums with friends.

Once you have all those photos online, how do you find them? Google automatically indexes them, based on objects and faces it can identify in the photo. Searching for "boat," "beach" and "snake" all got me relevant photos, even though I hadn't captioned or labeled any of the images. Awesome.

The new photo tools on Google Plus are worth checking out, but unless you are already a regular Google Plus user, it'll come across as mostly a novelty. They won't change which social network I spend the most time at. Facebook is still where my friends - and their horrible photos - reside.