The new layout for Instagram Stories on desktop has handy play/ pause and volume mute buttons. 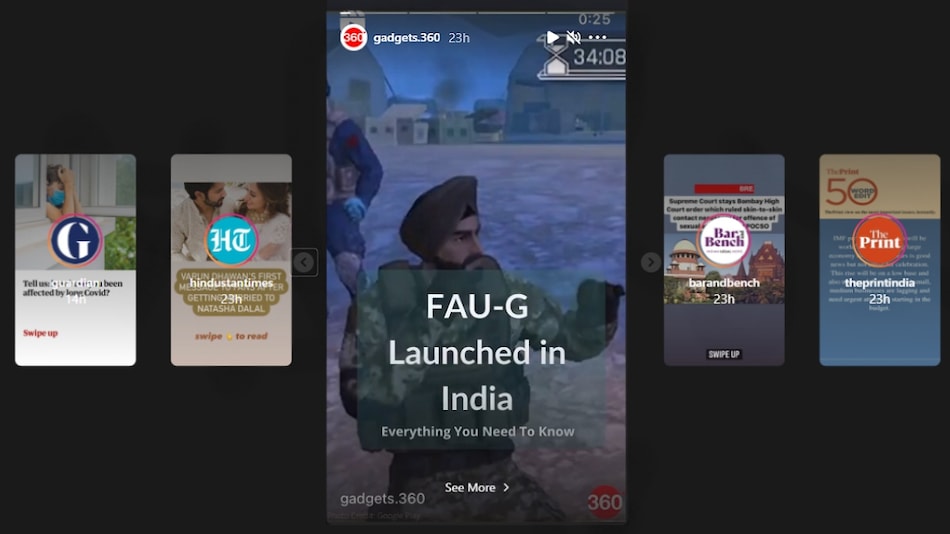 The carousel in the Instagram Stories redesign keeps changing as you move forward.

Instagram is rolling out a new layout for viewing stories on desktop. Instagram Stories appear in a convenient carousel way in the new design, which makes for easier viewing on the desktop. Instagram had started testing the redesign earlier last month and now appears to be rolling it out for all users. In the new design, users can see a carousel of stories, including clickable previews of the previous and next stories.

The redesign makes Instagram Stories more user-friendly to view on the desktop and also makes it easier to keep track of where you are in the Stories queue. It is rolling out for Windows and Mac users. The new multi-story carousal layout has started appearing for us. It is likely to roll out for all users soon.

While the navigation remains the same, you can now see a total of five Instagram Stories on your desktop, with one playing in the centre. The next story appears when you have finished watching one or if you click on the arrow button on the right, indicating you want to move to the next. The carousel keeps changing as you move forward.

The redesign for Instagram Stories includes handy pause/ play and volume mute buttons. Besides that, it also has an option that lets you directly reply to the stories, much like Instagram Stories on the phone.

The update was being tested to a ‘small group' of Instagram users December onwards and was reported on earlier this month.

Instagram Story's update makes for a cleaner user experience. It is easier to navigate through Stories on the Facebook-owned platform on the desktop now, compared to earlier. The redesign will be particularly beneficial for those who use desktop for Instagram on a regular basis.