Instagram’s Reels debuted in Brazil, though it reportedly expanded to France and Germany recently. 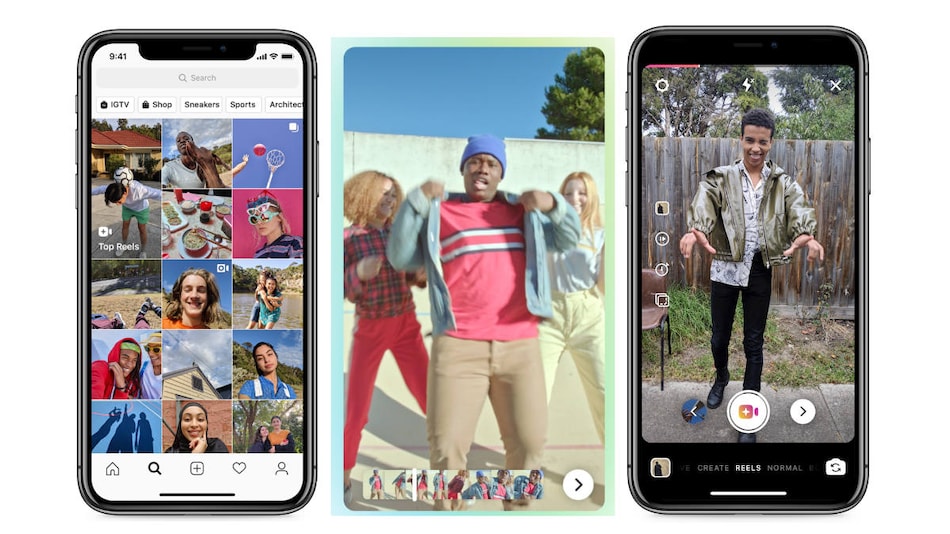 Instagram’s Reels was launched in Brazil in November last year

Instagram Reels is coming to India soon, according to a report. The new feature, which was initially rolled out in Brazil in November last year has reportedly been in testing in India. This new development comes right after the TikTok ban that the government imposed last week. Some Instagram users are said to already have the Reels feature through an update. However, it is yet to be available to all Instagrammers in the country.

Citing people familiar with the development, Business Insider reports that some users have started receiving the new Instagram update that brings Reels. The feature debuted in Brazil, though it recently expanded to France and Germany, TechCrunch said in a report last month.

Reels on Instagram works similarly to TikTok and lets users create and edit video clips of up to 15 seconds. Once edited, the videos can be shared on the platform. Users are also provided with the option to add effects and music to their videos before sharing them online.

Instagram, without specifying any exact details, confirmed its plans to expand Reels. “We're planning to start testing an updated version of Reels in more countries,” the company told Gadgets 360 on email.

“Reels is a fun, creative way for people to both express themselves and be entertained. We're excited to bring this new version to more of our global community. No further plans to share on launch date or countries for now.”

Several TikTok creators have moved to Instagram and YouTube following its ban in India. Thus it makes sense for the social network to bring Reels for all such users, and make it a strong alternative to the Chinese platform that had over 20 crore users in the country. The launch of Reels would also make Instagram a tough competitor against Indian TikTok rivals including Chingari, Mitron, and Roposo that are trying to bring TikTokers to their platforms.

Last week, Facebook was spotted shutting down its TikTok-inspired video app Lasso that was launched back in November 2018. Users were seen receiving a notification about the shutdown that would take place on July 10, as noticed by CNN's Kerry Flynn. The Lasso app was limited to markets such as Argentina, Chile, Colombia, Peru, and the US, among others, but not available in India.