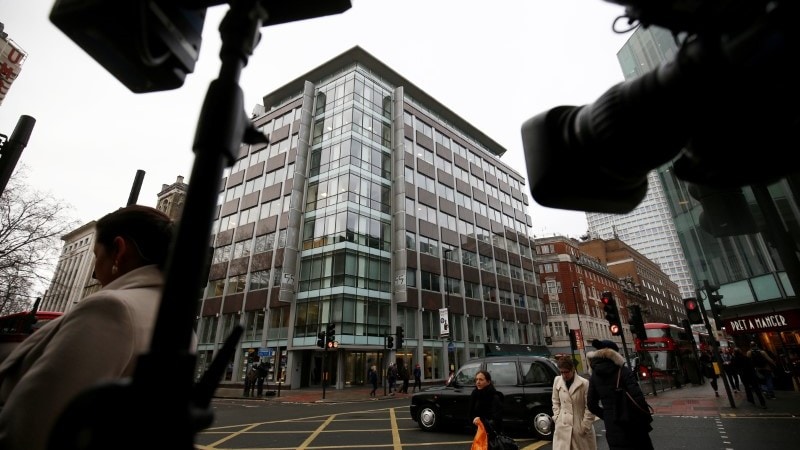 The building housing the offices of Cambridge Analytica in central London

The Indian government will continue with its enquiry into the Cambridge Analytica data leak issue, irrespective of the British firm announcing closure of business, senior IT Ministry officials said on Thursday.

The UK-based data analytics and political consulting firm has been under fire in various countries for allegedly harvesting data from almost 87 million Facebook users and leveraging them for political campaigns. The Indian government too has shot-off notices to both Facebook and Cambridge Analytica, confronting them with questions on data breach issue. The last date for the two companies to respond is May 10.

On Wednesday however, Cambridge Analytica announced its closure in a statement on its website and claimed it had been "vilified" for activities that are legal and considered a standard component of online advertising.

Indian officials familiar with the questioning and notices sent in the data leak matter said the ongoing probe will continue as the liability of the company existed prior to the closure announcement. They, however, declined to divulge further details in the matter, saying that both Facebook and Cambridge Analytica have time till May 10 to send written responses to official questioning.

In a fresh notice sent to Cambridge Analytica last month, the government asked what kind of data was collected in India and the research instruments used to capture such data. It also asked whether the company harvested any data through third-party apps and whether or not mining of such data was done with user consent.

Quizzing the British firm on the non-disclosure pacts signed by the company with its associates and clients for Indian assignments, the government also asked it to share the templates that were used in signing such agreements. The latest notice by the government had also flagged the "cryptic and evasive" reply given by Cambridge Analytica to the first notice.

On the other hand, the notice to Facebook had taken note of the US social networking company's candid admission of unauthorised use of its user data by Cambridge Analytica. Facebook was asked to list out the security architecture proposed to be created "so that data concerning Indians are not pilfered or manipulated again for extraneous purposes including to influence the elections".

While Facebook had previously admitted that nearly 5.62 lakh people in India were "potentially affected" by the data breach incident, Cambridge Analytica had claimed that it does not have any Facebook data on Indian citizens. The British firm yesterday said it is shutting down and cited a sharp drop in business behind its decision.

In its statement, Cambridge Analytica said, "Over the past several months, Cambridge Analytica has been the subject of numerous unfounded accusations and, despite the Company's efforts to correct the record, has been vilified for activities that are not only legal, but also widely accepted as a standard component of online advertising in both the political and commercial arenas".