Google announced last month that it will be bringing support for up to 32 people in a video chat. 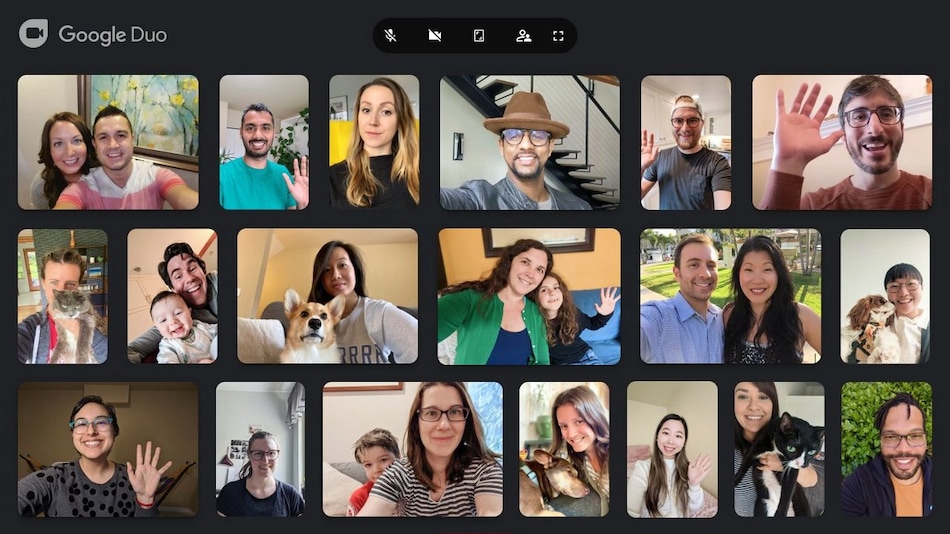 Google Duo group video calling is available only on Chrome

Google Duo's Web client has received a bump in the total number of participants allowed in a group video call. It now allows 32 people to take part in a group video call, as per the announcement by a company official on Twitter. This development comes a little over a month after Google announced it will be bringing group call support to the Web version, along with a Family mode. This update is starting to roll out on the latest version of Chrome.

The tweet shared by Senior Director of Product and Design, Sanaz Ahari Lemelson, states that Google Duo's web version is now getting support for up to 32 participants in a single video call. It adds that the update is starting to roll with the latest version of Chrome Web browser. The screenshot shared by Lemelson shows 19 people on one screen in a group video call.

To recall, early in May, Google announced that it will be bringing group video calling to the Web version of Duo, along with a new Family mode and now, the limit for number of participants for a group call has increased to 32. This comes at a time when people are dependent on communicating with each other over video calls. Google's video calling services Duo and Meet, are in competition with Zoom, Skype, and others that admittedly support a higher participant limit.