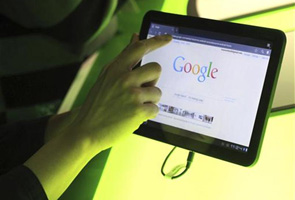 Google Inc and Facebook Inc ramped up federal lobbying spending in the second quarter, as the Internet companies chatted up government officials about everything from online advertising and immigration reform to self-driving cars.

Google, the world's No. 1 Web search engine, increased federal lobbying spending by 90 percent year-on-year, spending $3.92 million in the second quarter to lobby officials with the U.S. Congress, the executive office of the president and various federal agencies.

Halfway through 2012, Facebook had already surpassed the $1.35 million that it spent in total on federal lobbying in 2011, filings released on Friday show.

Facebook and Google dominate the fast-growing Web market, which is upending traditional industries as well as long-accepted notions about privacy, freedom of expression and intellectual property, among other issues.

Google, which is being investigated by antitrust regulators in the United States and EU, lobbied officials at the Federal Trade Commission, the Federal Communications Commission and the Department of Commerce. Among the topics listed were "openness and competition in online services," "mobile location privacy issues," and "broadband adoption and deployment."

Google's second-quarter lobbying expenses put it in the same league as telecommunications companies such as Verizon Communications Inc , which spent $3.94 million in federal lobbying.

Facebook boosted the dollars it dedicates to federal lobbying by 200 percent in the second quarter, spending $960,000 on issues including online privacy, patent reform and immigration reform.

The world's largest online social nework with 900 million users, Facebook indicated that it lobbied both chambers of Congress about "market structure and IPO issues" during the second quarter.

In May, Facebook became the first U.S. company to go public with a market valuation above $100 billion. But the offering was marred by technological glitches on the Nasdaq exchange and criticism that the IPO was priced too high.

Shares of Facebook, which reports second-quarter financial results on Thursday, remain well below their offering price of $38.

Facebook said in a statement that its "presence and growth in Washington reflect our commitment to explaining how our service works, the actions we take to protect the more than 900 million people who use our service, the importance of preserving an open Internet, and the value of innovation to our economy."