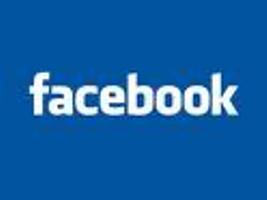 "Facebook, the popular social networking site, has raised USD 500 million from Goldman Sachs and a Russian investor in a deal that values the company at USD 50 billion," the New York Times reported citing a source.

Under the terms of the deal, Goldman has invested USD 450 million, and Digital Sky Technologies, which has already sunk about half a billion dollars into Facebook, invested USD 50 million, the report noted.

Besides, Goldman plans to create a 'special purpose vehicle' to allow its high-net worth clients to invest in Facebook, it added.

Goldman has the right to sell part of its stake, up to USD 75 million, to the Russian firm.
According to the publication, representatives for Facebook, Goldman and Digital Sky all declined to comment.

The report said that the new money will give Facebook more firepower to steal away valuable employees, develop new products and possibly pursue acquisitions.

The new investment comes as the Securities and Exchange Commission has begun an inquiry into the increasingly hot private market for shares in internet companies like  Facebook, Twitter, the gaming site Zynga and LinkedIn, an online professional networking site.

The inquiry is focused on whether certain companies are improperly using the private market to get around public disclosure requirements.
Comments